Market access of Chinese traditional herbal remedies in the EU 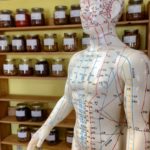 The People’s Republic of China first law on Traditional Chinese Herbal Medicine came into force on the 1st of July 2017. This law encompasses industrial normalization by guaranteeing the quality and safety of herbs in cultivation, collection, storage and processing. Producers of Traditional Chinese Medicine (hereinafter TCM) are not only targeting the Chinese market, but are also looking for access to the European market. With this new legislation in force in China, it is a good time to have a look at the current possibilities for market access of TCM on the European market. The name “TCM” would suggest the product could only be qualified as a medicinal product. However, other product qualifications are possible as well. In this post, it will be investigated how Chinese herbal remedies and products fit into the EU framework.

For market access, product qualification is vital. Qualification of TCM as medicinal products might seem obvious. However, western medicine is mostly focused on curing a certain disease or disorder, whereas TCM is focused on healing the body itself. Healing in short means the body should be strengthened to ‘treat itself’. Many of the traditional herbal remedies have healing properties, such as strengthening the immune system. As an alternative to medicinal products, other qualifications of TCM could be botanicals, so that they could be marketed as food supplements or as other foodstuffs. We previously reported on product qualification in this blog, explaining what legal tools have been developed for this purpose over time in case law. These criteria equally apply to TCM.

An example of a traditional herbal medicinal product we can mention sweet fennel, which is indicated for symptomatic treatment of mild, spasmodic gastro-intestinal complaints including bloating and flatulence. For this group of traditional herbal medicinal products, just like for TCM, a simplified registration regime can be found in the EU Medicinal Products Regulation. In short, the efficacy of the product containing the herb used in TCM’s can be substantiated with data on usage of the herb. This eliminates the need for costly clinical trails to prove the efficacy of the active ingredient(s) in the product. However, safety and quality of the TCM still need to be substantiated.

To qualify as traditional herbal medicinal product, a number of cumulative criteria should be met, including the following.

The presence in the herbal medicinal product of vitamins or minerals for the safety of which there is well-documented evidence shall not prevent the product from being eligible for the simplified registration referred to above. At least, this is the case as the action of the vitamins or minerals is ancillary to that of the herbal active ingredients regarding the specified claimed indication(s). TCM intended and designed to be prescribed by a medical practitioner can enter the EU market, but cannot benefit from the simplified registration procedure for traditional herbal medicinal products.

Currently the focus of healthcare is shifting from purely curing diseases to prevention thereof. TCM could play an interesting role in such paradigm shift. Although food business operators (hereinafter FBOs) cannot claim a foodstuff can cure a disease, such product can contribute to prevention of a disease. As such, FBOs can inform the public that consumption of a particular foodstuff can support the regular action of particular body functions. An example of a herbal remedy used in TCM and currently on the EU market is cinnamon tea; used in Chinese medicine to prevent and treat the common cold and upper-respiratory congestion. Obviously, the advantage of bringing a foodstuff (for instance, a food supplement) to the market as opposed to a medicinal product is that unless the foodstuff is a Novel Food, you do not need a prior authorization.

As long as a foodstuff has a history of safe use in the EU dating back prior to 1997, FBOs do not need prior approval for market introduction. If no such history of safe use can be established, both the current and new Novel Food Regulation prescribe that the FBO receives a Novel food authorization. A helpful tool for establishing a history of safe use is the novel foods catalogue, being a non-exhaustive list of products and ingredients and their regulatory status. Another source is Tea Herbal and infusions Europe (hereinafter THIE); the European association representing the interests of manufactures and traders of tea and herbal infusions as well as extracts thereof in the EU. THIE’s Compendium, which should be read in combination with THIE’s inventory list (also non-exhaustive), contains numerous herbs and aqueous extracts thereof, which are used in the EU. Other herbs might not be considered Novel Foods, as long as the FBO can prove a history of safe use in the EU prior to 1997. For instance, the history of safe use of Goji berries has been successfully substantiated.

In previous blogs we already pointed to a new procedure to receive a Novel Food authorization as of 1 January 2018, relating to ‘traditional foods from third countries’. EFSA published a guidance document for FBOs wishing to bring traditional foods to the EU market, enabling them to use data from third counties instead of European data for the substantiation of the safety of the foodstuff. The procedure is a simplified procedure to obtain a Novel Food authorization for a foodstuff, which has been consumed in a third country for at least a period of 25 years. For sure, this is not an easy one, but we have high hopes that such data can be established for TCM being used in Asia. In the affirmative, the FBO can use these data to substantiate the safety of the product and receive a Novel Foods authorization via a 4 months short track procedure, enabling the FBO to market the foodstuff at stake in the EU.

The EU Claims Regulation provides the legal framework for health and nutrition claims to be used on foodstuffs. In previous blogs we elaborated how such claims can be used for botanicals, being herbs and extracts thereof. So far, no authorized claims for botanicals are available, but their use is nevertheless possible under certain circumstances. In sum, an on-hold claim can be used when the FBO clearly states the conditional character thereof (by stating the number of such on hold claim on this claims spreadsheet. Upon dispute, the FBO should furthermore be able to substantiate that the compound in the final product can have the claimed effect when consumed in reasonable amounts. TCM can take advantage of this current practice, thereby communicating the healing effect thereof, which basically comes down to a contribution to general health. It should be carefully checked though, if the claim for the herbal remedy at stake has not been rejected, as happened to four claims regarding caffeine.

EU market introduction of TCM could take place in various ways, depending on the qualification of the product at stake. Qualification as a regular foodstuff certainly ensures the quickest way to market, as no prior market approval is required. This will be different if the product qualifies as a Novel Food. However, as of 1 January 2018, a fast track authorization procedure will be available for traditional foods from third countries, from which TCM might benefit as well. TCM could furthermore use so-called botanical claims, in order to communicate the healing effects thereof. When the TCM qualifies as a medicinal product, the good news is that for traditional herbal medicinal products, a simplified registration procedure is available under the EU Medicinal Product Directive, provided that certain criteria are met. Registration takes place via the national competent authorities in each Member State, which in the Netherlands is the Medicines Evaluation Board (CBG).