How about claims for botanicals?

Posted: February 12, 2016 | Author: Karin Verzijden | Filed under: Authors, Food Supplements, Health claims |Comments Off on How about claims for botanicals? 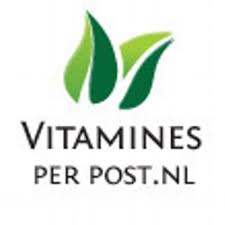 Botanicals are preparations made from plants, algae or fungi that are applied for uses in cosmetics, pharmaceuticals and food supplements. These products have become widely available in the EU and can be bought OTC in pharmacies, supermarkets, drug stores and via the Internet. As to foods supplements, typically these products are labelled as “natural foods” and they come along with various claims regarding potential health benefits. The authorization of health claims for botanicals is still pending in the EU, meaning that they have been neither authorized nor rejected. A recent case from the appeal body of the Dutch Advertising Code Committee perfectly demonstrates the room for manoeuvre for this type of claims.

The Dutch online store www.vitaminesperpost.nl offered for sale the product “Green Coffee Plus Extra Strong”, consisting of a green coffee extract, to which was added an extract from green tea and artichoke. The product was a food supplement advertised as being a powerful formula for fat burning, based on its high contents of chlorogenic acid. The Dutch Advertising Code Committee received a complaint regarding this product, as its allegedly beneficial properties could not be substantiated. Complainant had consulted the Natural Medicines Comprehensive Database regarding all 3 ingredients, but did not find any support for the claim regarding fat burning. Complainant considered the claim misleading and therefore unfair.

Authorized use of “claims on hold”

The Dutch branch organization for marketing health products (KOAG/KAG) currently permits the use of health claims for botanicals under certain conditions. The advertiser should be able to produce the EFSA ID number under which the claim is on hold, as well as the conditions of use and the recommended quantity per day of the ingredient at stake. Furthermore, when the use of such claim is disputed, the advertiser using it should be able to substantiate it. In the case at hand, the FBO selling Green Coffee Plus Extra Strong deduced from EFSA’s on hold claims database that it was permitted to associate at least green tea and artichoke with weight control and / or digestion.

Substantiation of claims made

In first instance, the Advertising Code Committee recognized the claim “stimulates fat burning” as a health claim, whereas it was not immediately obvious to which of the three ingredients this claim was linked. Due to the applicable transition regime with respect to the “on hold” claims for botanicals, it did not consider this claim to be in violation of the Health Claim Regulation. The Dutch Advertising Code Committee insisted however that the advertiser of the product Green Coffee Extra Strong substantiates its claim regarding fat burning. The plausibility of the claim made does not automatically follow from the fact that certain ingredients are placed on EFSA’s on hold database. As the advertiser did not succeed to provide the required evidence, his advertisement was considered incorrect. On the basis of this incorrect information, consumers might be inclined to buy the product, which is why the advertising was also considered misleading and therefore unfair.

From green coffee to green tea

On appeal, it became clear that the advertiser was aware that it was not allowed to make any health claims for green coffee. It had therefore added to its product a green tea extract for the minimum conditions of use to obtain the claimed effect. The advertiser clarified that the claim for fat burning was specifically linked to green tea. The Appeal body established that for green tea, a number of claims were on hold in connection with “weight management” and “fat metabolism”. It furthermore established that for such claims to be lawfully used under the transition regime captured by article 28.5 of the Health Claims Regulation, the following conditions should be met:

When an advertiser uses an “on hold” claim and without reservation claims a particular effect, it in fact anticipates the outcome of the authorization procedure pertaining thereto. In such situations, said advertiser should be able to substantiate the claim when disputed. The rationale thereof is that the Health Claims Regulation aims to maintain a high level of consumer protection (article 1 Health Claims Regulation) and in general advertisers should be able to substantiate their claims (article 17 Health Claims Regulation). Once again, it was established that the advertiser was not able to do so and therefore its use of the claim regarding fat burning was considered misleading. The fact that he was also using the disclaimer that Green Coffee Extra Strong was not a miracle product and that it should be used as in support of a healthy diet and sufficient physical exercise, could not change this conclusion.

Moreover, it appeared that EFSA had published a negative opinion stating that there was no relationship of cause and effect between the consumption of green tea and green coffee and fat burning. Basically, this was the end of the story, as EFSA had declared that substantiation of claim with respect to fat burning in relation to green coffee and/or green tea could simply not be delivered.

Under the current regulatory framework, it is not allowed to use health claims for botanicals, provided that the conditional character of such claims is clearly communicated. Before using any such claim, it is furthermore recommended to check if it is not covered by a negative EFSA opinion. Finally, when the claim made is being disputed, the advertiser should be able to substantiate it.