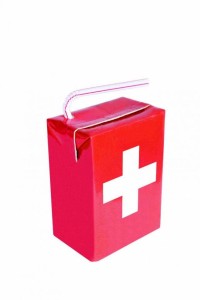 On November 15, 2013, the District Court Gelderland rendered its judgment in the lawsuit (interim injunction) that was filed by Nutricia against healthcare insurer VGZ and five other insurers. The court ruled that the reimbursement policy VGZ wants to implement in 2014 regarding medical nutrition is in violation of the Dutch Health Insurance Act. If you are a company that produces medical nutrition or other products that are subject to reimbursement by a healthcare insurer, continue reading!

Healthcare costs are a growing concern in western societies. From this perspective, cutting down oversized margins that unnecessarily increase the price of health care products is a key objective for each insurer. To that end, VGZ adopted a new reimbursement policy for 2014. Under this new preferential policy, medical nutritional drinks were divided into four clusters. For each cluster of interchangeable products a preferred product (that will be fully reimbursed by VGZ) was appointed through a tender to which manufacturers could subscribe. The German manufacturer Fresenius Kabi won the tender. Other products in the same cluster that are equivalent  to the preferred product are only reimbursed  if there is a clear medical indication. Equivalence is established based on the same nutritional composition, active ingredient and dosage.

Maximum reimbursements set by the insurer

For other nutritional drinks that are not interchangeable, including Nutricia’s Nutridrink, a maximum reimbursement applies. The maximum reimbursement means a high discount (48 to 56 %) on the purchase price that the manufacturer can charge to the supplier according to the price per drink that is yearly published in the G-Standaard. For Nutricia this practice means that they are ‘being pushed out of the market’. As it is unlikely that the suppliers will be prepared to pay a price higher than reimbursement level, Nutricia fears it will need to sell its products below cost-price.

Claims made by Nutriticia’s and by patient and dietician organizations

Nutricia’s claims in these proceedings were in particular aimed at the arbitrary way in which the maximum reimbursement prices regarding non-interchangeable products were set. Two organizations representing patients and nutritionists that joined Nutricia in these proceedings opposed the preferential system that VGZ had set regarding the products that were considered interchangeable. In particular, they opposed VGZ’s requirement that in at least 75 % of the cases, the pharmacist should deliver the preferred product to the patient. Appointing preferred products by healthcare insurers is an allowed common practice in case of medicinal products. But does this mean this practice is also allowed for nutritional drinks?

The answer to the questions above: “No”.  The required delivery of 75 % preferred products didn’t go down well at the court. According to the court, the preferential policy does in fact limit the claim that patients have to reimbursement of medical nutritional drinks. This is unlawful vis-à-vis the pateints at stake. The clustering of nutritional drinks into four groups and the appointment of preferred products is contrary to the Health Insurance Act (and the regulations based on this Act). Other than in respect of medicinal products, the Health Insurance Act does not provide for the possibility to adopt a preferred product policy regarding reimbursement of medical nutritional drinks. This is also evident from this document from the Dutch Healthcare Authority (Nza). The rationale behind is that interchangeability that can be established for medicinal products based on active ingredients cannot just simply be applied to medical nutrition, as various other factors need to be taken into account. Furthermore VGZ is not allowed to adopt any arbitrary discounts to curb costs regarding products considered non-interchangeable, in as far as these discounts do not take into account the cost-price of these product but are mainly aimed at discouraging the supply thereof. This is completely arbitrary and unlawful vis-à-vis the manufacturer. The court ruled that VGZ is not allowed to further execute or conclude care agreements for medical dietary nutritional drinks implementing a reimbursement policy along these lines.

Appeal against this 15 November 2013 interim injunction is open until 8 February 2014. However, even if this is not a final decision, it has proved being effective for Nutricia, as the disputed reimbursement policy cannot be implemented for 2014. Although the purpose of limiting healthcare costs is a common concern, this decision has shown that the end does not always justify the means.