← How about claims for botanicals?
Weight loss claims – the proof in the pudding is in the eating →

All you wanted to know about organic food in the EU

Posted: January 26, 2016 | Author: Sofie van der Meulen | Filed under: Enforcement, Food, organic |Comments Off on All you wanted to know about organic food in the EU 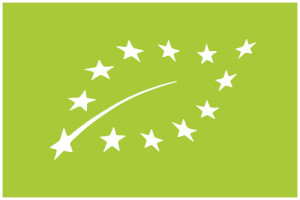 This contribution aims to provide you with a brief overview of the EU Organic legislation and recent developments. Being able to market products as ‘organic’ could be a plus for the food business operator (FBO) as the demand for sustainable production and organic food increases. This contribution focuses on the EU-system of organic certification of food products and will specifically look at the position of organic microalgae manufactured in the EU. Under the current legislative framework, these could not be marketed as such in the EU. This has changed since an interpretative note of the Commission of last summer. If you are an FBO interested in marketing organic microalgae, this for sure is of interest to you.

First of all, what is ‘organic production’? According to recital 1 of the Organics Regulation organic production is: “(…) an overall system of farm management and food production that combines best environmental practices, a high level of biodiversity, the preservation of natural resources, the application of high animal welfare standards and a production method in line with the preference of certain consumers for products produced using natural substances and processes” (see also the definition in Article 2(a)).

The Organics Regulation has a layered structure. The following three layers of provisions can be found:

The EU logo is regulated in a separate Commission Regulation. The main objective of the European logo is to make organic products easier identifiable by the consumers. Furthermore it gives a visual identity to the organic farming sector and thus contributes to ensure overall coherence and a proper functioning of the internal market in this field. For practical information regarding the EU logo, see this link and this link.

Prior to July 2015, FBO’s could not obtain an organic certification for microalgae manufactured within the EU for the use in their food products. FBO’s from third countries (non-EU) could market their products in the EU based on either the import procedure as set out in Article 33 (2) (import from recognised third countries) or the import procedure laid down in Article 33 (3) of the Organics Regulation (import of products certified by recognised control bodies). The strange situation was created where ‘organic’ microalgae could only be imported into the EU and not be produced within the EU.

The Interpretative note of the European Commission (Directorate-General for Agriculture and Rural Development) of July 2015 opened up the possibility for companies in both EU Member States and third countries to produce microalgae, which can be marketed as ‘organic’ and carry the EU organic logo. Both the existing production rules for plants (Article 12 Organics Regulation) and seaweed (Article 13 Organics Regulation) could be suitable for microalgae.

‘Until an implementing act adopted on the basis of Article 38 (of Regulation 834/2007) has clarified the situation, operators producing organic micro algae (except for use as feed for aquaculture) have therefore to comply with the general production rules, which apply to all forms of organic production (“layer 1”) and with the production rules for the sector of plants or seaweed (“layer 2”).’

The use of microalgae as feed for aquaculture is not covered in the Interpretative note, as microalgae as feed are already subject to the detailed production rules. The rules for the collection and farming of seaweed apply according to Article 6a of Commission Regulation (EC) No 889/2008.

The interpretation opens up the possibility to certify microalgae to be used as food (or as an ingredient in food) as being organic. When an implementing act will be published and enter into force is still unknown. A proposal for a new Regulation repealing the Organics Regulation has been published. On 5 November 2015 a report from the Committee on Agriculture and Rural Development on the proposal was published, introducing 402 amendments. The current status of the proposal is available through this link.

Aside from enforcement by a national control authority in case of non-compliance with the Organics legislation, consumers and other interested parties often also have the possibility to lodge a complaint relating to advertising of organic products. However, advertising of (organic) products is a topic to be covered in another contribution on Food Health Legal. Stay tuned!