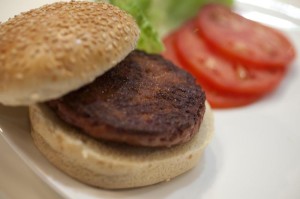 Further developments in Brussels took place since we last reported on the new Novel Foods Regulation. Draft legislation was approved in this respect by the ENVI Committee, awaiting the first reading of the European Parliament (EP). The current status quo was published in a Report dated 26 November 2014. Two particular subjects seized most public attention, notably the moratorium proposed on the use of nanomaterials in food and the compulsory labelling of cloned food products. These two items have been covered here and here inter alia and will be shortly touched upon below. Most of all however, this post will focus on the adjusted Novel Food definition. We consider this subject to be of the essence, whereas so far was not highlighted at all.

The legislation takes as a starting point that food production processes involving nanotechnologies require specific risk assessment methods. These methods should  have been assessed by EFSA prior to use. Furthermore, an adequate safety assessment on the basis of those methods should have shown that the foods at stake are safe for human consumption. The rationale of all this is the precautionary principle: emerging technologies in food production may have an impact on food safety. On top of that, the definition of nanomaterials was changed, introducing a 10 % nano-particles threshold for a food ingredient to qualify as “nano” instead of a 50 % threshold. This was in line with EFSA recommendations, but it may pose a serious problem to FBO’s currently marketing nano-foods. Using the 10 % threshold would imply that quite a few product currently marketed would, under the new Novel Foods Regulation, qualify as Novel Food whereas it currently does not. This will not benefit to legal certainty.

During the long term discussions on the renewal of the Novel Food Regulation, it was decided that the subject of food from cloned animals would be left out. As a result, the Commission published two separate Directives on food from animal clones and on cloning on certain animal species for farming purposes respectively (the draft “Cloning Directives”) in December 2013. These two proposals have now been turned down by EP, as they did not address the food obtained from clones’s offspring. Until food from cloned animals will be covered by revamped Cloning Directives, cloned meat products have been brought within the scope of the Novel Food Regulation and they should be labeled as such.

Contrary to current legislation, the initial draft Novel Food Regulation contained an open product definition, where the listed categories of products merely served as examples. This was heavily criticised by rapporteur James Nicholson. Based on his consultations in the field, such open product definition according to him constituted a source of legal uncertainty. Instead, he suggested re-introducing the former product categories in an updated form in order to make this Resolution future-proof. In fact, this suggestion was followed, but somehow pushed to the extreme. The draft Novel Food definition currently also covers product categories that were never considered as Novel Foods before, such as insects and food obtained from cellular or tissue cultures.

The definition currently proposed for a Novel Food is a food that was not used for human consumption to a significant degree in the Union before 15 May 1997 and that falls under at least one of the ten following categories:

Some of the categories mentioned above were already included in the 1997 Regulation, being those mentioned above under (1), (2), (3) and (7). Others were introduced in the initial Commission proposal for a new Novel Foods Regulation, notably those mentioned above under (8), (9) and (10). Truly new are therefore only the categories consisting of food derived from cloned animals (4), food obtained from cellular or tissue cultures (5) and food produced from whole animals such as insects and from animal parts (6). As explained above, the category consisting of food obtained from cloned animals is likely to be temporary. As soon as specific legislation covering this topic will be in place, such legislation will be applicable to cloned food products instead of the Novel Foods legislation. What are the consequences of the introduction the two other new categories? This will be discussed below.

Food obtained from cellular or tissue cultures are Novel Foods

As a good example of foods obtained from cellular cultures, the in-vitro burger engineered by Prof. Mark Post from the University of Maastricht (see picture from neontommy.com) can be mentioned. This burger was constructed on the basis of a tiny part of meat, using stem cell technology. For this purpose muscle cells harvested from a living cow were fed and nurtured, so that the single strand of cells multiplied to produce numerous new strands. In the end, 20.000 of those strands were assembled and put together in a hamburger. Obviously, the cell production used for this purpose will have to be increased for this technology to become a viable meat production method. However, now that the feasibility of this method in essence has been demonstrated, its application is not inconceivable. When in future, lab-burgers like the one from Maastricht will be marketed as food products, they will need to obtain pre-market authorization based on the current draft for the new Novel Food Regulation. This is understandable, as the use of this technique and starting material for food production is completely new and their safety needs to be established.

For numerous companies this may come as some surprise. Contrary to the use of cellular tissue for the production of food, the use of insects as food goes back to biblical times. Actually, in various European countries including the Netherlands and Belgium, insects are being offered for sale as food. For instance, Dutch supermarket chain JUMBO offers edible insects for sale as of October 2014. This has incentivised national authorities to investigate the safety of consumption of insects and to formulate basic requirements for rearing facilities. As a result, recommendations were made in the Netherlands that a specific number of insects, such as the mealworm beetle and the locust, should be considered as foods under the General Food Law Regulation (see our previous blogpost for more detailed information also covering other European countries). It should be observed that not all European countries are at the same page here. In Luxemburg for example, the marketing of edible insects, pending an EFSA opinion awaited for July this year, is prohibited.

We welcome that the open product definition for Novel Foods has been abandoned, as this increases legal certainty. It is questionable though to what extent it was wise to re-integrate food derived from cloned animals and / or their descendants into the Novel Food Regulation. During previous revision efforts of this Regulation, this topic was exactly the bottleneck why the revision could not be completed. Also, this does not serve as an incentive for the Commission to adjust its previous proposals for the Cloning Directives at short notice. We are more positive with respect to the introduction of the new category of Novel Foods relating to food produced from cellular cultures. This is exactly the type of high tech sustainable food, which in essence is a Novel Food. The same does not apply however with respect to insects. It is striking that up to and including the first Report by Rapporteur James Nicholson, whole animals such as insects never formed part of the Novel Food product definition. We are under the impression that they now landed therein by way of surprise. This is not consistent with current practise of various Member States and will pose a problem for many FBO’s actually marketing food produced from insects. Furthermore, there seems to be a substantial amount of evidence for safe consumption of insects, at least in the Netherlands. Therefore, instead of qualifying whole animals as insects instantly as Novel Foods, as an alternative for providing international industry standards, it could be considered to include a list of recommended edible insects into the Codex Alimentarius.

It is expected that the current draft legislation for the new Novel Foods Regulation will not be the final text. We expect active lobbies from FBO’s marketing nano-foods to oppose the adjusted definiton for nanomaterials. Likewise we expect, and we recommend, that FBO’s marketing insects or food from insects will oppose the fact that food made from whole animals like insects qualify as Novel Foods per se. The chances of success will depend, inter alia, on the expected EFSA report on certain risks of the production and consumption of insects. As of now however, there is already safety evidence which could be relied on pending the final text of the Novel Foods Regulation.