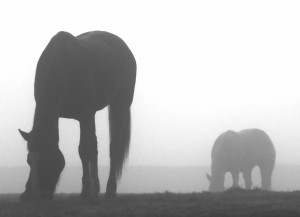 This week the Trade and Industry Appeals Tribunal, (in Dutch: College van Beroep voor het bedrijfsleven) rendered its judgment (interim injunction) in the lawsuit that was filed by slaughterhouse annex meat processing company Van Hattem Vlees B.V. against an administrative enforcement decision from the State Secretary for Economic Affairs.

In her decision, the State Secretary imposed an administrative order to recall all meat produced or processed by Van Hattem between 1 January 2012 and 23 January 2014 (approximately 28.000 tons of meat). The request to suspend the order to execute the recall was rejected by the Court. Why? First of all, horsemeat was detected by the Netherlands Food and Consumer Product Safety Authority (NVWA) in a lot of meat that was solely labelled as beef. This is a matter of fraudulent labelling and not of food safety (see also my other articles concerning labelling and the horsemeat scandal here and here). As the investigation continued, Van Hattem failed to clarify the origin and destination of several slaughtered horses. Read below how this is relevant for to the safety of the meat.

Horses in the EU require a passport for identification according to Regulation 504/2008. The slaughterhouse has to check whether a horse is indicated for slaughter in its passport. If so, an official veterinarian has to perform an inspection of the live horse. Without a passport and inspection the horsemeat can be declared unfit for human consumption. Also, information in the passport such as drug use, can result in disapproval of the intended slaughter for human consumption as residues of veterinary drugs can pose a health risk for humans.

The risk of dark horses

Van Hattem was not able to fully trace the processed meat and the company’s administration showed an unclear discrepancy between the amounts of received meat and the amounts that left the company. More horses were slaughtered than were inspected and approved for slaughter. The processing of (now) unidentifiable “dark” horses poses the risk that horsemeat unfit for human consumption ends up in food products for consumers, putting consumer health in jeopardy.  The placing on the market of unsafe food is illegal according to Article 14 of Regulation 178/2002 (The General Food Law).

Was the meat in the case of Van Hattem indeed unsafe? Even though there was no evidence of unsafe food, the risk of unsafe food was sufficiently substantiated to consider the meat unsafe. Thereby an order to execute a recall was triggered based on Articles 17, 18 and 19 of the General Food Law (Article 14 is not mentioned by the Court). The Court does not place its bets on a dark horse. The Court ruled that although the order to execute a recall has a far-reaching impact on the business of Van Hattem, the order is proportionate given the circumstances.

In the ruling re. Van Hattem, the Court explained the relation between the specific circumstances and the risk of unsafe food. In a comparable judgment resulting in a recall of horsemeat, no such risk was pertinent per se. The case related to meat processing company Willy Selten B.V. The rationale for seizure in that case pertained to the facts that horsemeat was detected, which was not declared on the label and Selten’s business records could not be used to trace and identify the meat. The requested interim injuctions by this company were rejected twice (see here and here). But was there any indication that processed meat that was placed on the market was unsafe? In fact, there were not. The reasoning of the Court basically came down to stating that because the meat was untraceable, the meat was unsafe. The Court further added that it was almost certain that the veterinary drug phenylbutazone was present in one of the seized lots. But the presence of this drug poses no food safety issues according this joint statement from the European Food Safety Authority (EFSA) and the European Medicines Agency (EMA). See also this press release from the European Commission concerning phenylbutazone. In it’s conclusion, the Court in the Selten case referred to Article 14(6) of the General Food Law which reads as follows:

As set out above, in this case there was no indication of unsafe food, therefore the imposed order should have been lifted. It seems a tall order to base the order on Article 14 General Food Law as the requirement of unsafe food has not been fulfilled. In my opinion, the correct reasoning in this matter would have been as follows:

In the judgment re. Van Hattem, the Court mentions that the instrument of an order to execute recall has a far-reaching impact on the business of the company involved. In the case re. Selten, the company went bankrupt. Therefore, the instrument of recall should only be used if food safety is at stake. Especially in the case re. Selten, I have the impression that the administrative instrument of a recall is abused to punish the offenders and that the emotion and demand for action of consumers played a role here (I wonder if consumers would have responded differently if it were not horse but chicken that was mixed with beef, but that’s quite a different story). But the Court did have an escape. Without evidence of unsafe food, fraudulent labelling still constitutes a criminal offence and the offenders can be prosecuted for forgery under criminal law.

The supply chain of processed meats is complex and lengthy. The existing EU traceability systems are not adequate to pass on origin information, because the legislation is primarily based on the need to ensure food safety. The horsemeat scandal clearly showed this. The debate concerning COOL might therefore give rise to changes to the traceability systems and the proposed new Regulation on Official Controls aims to strengthen the enforcement of health and safety standards. Further, supermarkets in the Netherlands have announced to tighten the required certification for all suppliers. At end of this month the Global Food Safety Initiative will launch the module “Food Fraud”. The Dutch food industry federation (FNLI) welcomes this initiative and urges its members to add this module in their food safety system.