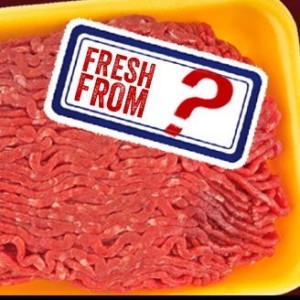 As announced in the post of October 30, 2013, the European Commission was expected to table a report concerning mandatory country of origin labelling (COOL) for meat used as an ingredient. In December 2013 this report was published. The report weighs the need for the consumers to be informed, the feasibility of introducing mandatory COOL and provides a cost/benefit analysis including the impact on the single market and international trade. On the basis of the debate following this report, the Commission will consider what, if any, appropriate next step should be taken. Tabling a legislative proposal concerning COOL for processed meats is a possible outcome. What was in the report?

The EU meat processing industry represents more than 13.000 companies (Food Business Operators, FBOs) being mainly SME’s (90%). Products range from relatively simple meat preparations, e.g. fresh meat with spices, to sophisticated multi-ingredient foods. SME’s tend to change their suppliers more times a year to guarantee an adequate level of raw material at an affordable price. When the FBO process meat into (multi-ingredient) foods, these are then further sold to retailers/catering/butchers. Because of the variety of suppliers the FBOs of (multi-ingredient) foods use and the relatively small quantities they order, the FBOs do not have enough bargaining power to impose origin requirements to their suppliers. The supply chain of processed meats is quite complex and lengthy. The more complex the cutting and processing stages and the more advanced level of processing, the more complex traceability becomes. The existing EU traceability systems are not adequate to pass on origin information because the legislation is primarily based on the need to ensure food safety. Information to consumers is becoming more important, but food safety is still the core of EU food law. (see Article 18 of Regulation 178/2002 and Commission Implementing Regulation 931/2011 on the traceability requirements for food of animal origin). Because of the structure of the supply chain, the absence of a significant B2B interest in origin information and the inadequacy of the current traceability systems, the implementation of transmission of origin information to the consumer will be challenging.

Despite challenging implementation, no less than 90% of consumers demand COOL for processed meat, but price and quality of meat are considered more important factors affecting consumer choice. Consumers would specifically like to know the country where meat was produced. The high percentage of consumers that want COOL could partly be caused by the horsemeat scandal, given the fact that the survey for the report took place in the midst of this scandal. According to the report, the consumer wants to be informed about the origin of meat, but does not want to pay for the additional costs that would be incurred in providing that information.

The report is accompanied by a Commission Staff Working Document, which underpins the report. Further, an external study commissioned by DG SANCO by the Food Chain Evaluation Consortium (FCEC) has been undertaken. Results van be found here and here. The report describes three different scenarios:

For scenarios 2 and 3, different modalities of processed meats have been studied for the three main categories of the products concerned in an increasing order of processing. Scenario 2 is less informative than scenario 3, as scenario 3 provides more specific origin information. Please see below for a table concerning scenarios 2 and 3.

Scenario 1 would not raise any additional operational challenges but it would not provide a fully satisfactory solution to the consumer demand for origin information. In this respect scenario 2 and 3 would both be more desirable. However, scenario 2 would result in an increase in operating costs for FBOs up to 25% and may result in market segmentation and changes in international trade flows. It would also increase the burden on public authorities with 10-30%. Under scenario 3 the increased burden on public authorities is expected to be even higher along with an increase of 8-12% of the total production costs.

Table: Advantages and disadvantages of origin modalities under scenarios 2 and 3.

The overall conclusion of the report is that consumer interest in COOL is strong, but this is not reflected in the willingness pay for the extra costs for FBOs and an additional administrative burden. Further, as set out in my previous post on this subject, COOL would not prevent fraud like the horsemeat scandal from happening again at all.  While being informed about the origin of the meat, the consumer still risks receiving misleading information concerning the ingredient(s) itself. However, the horsemeat scandal did show that the current traceability systems are not adequate in case of incidents. In the aftermath of the horsemeat scandal, the debate concerning COOL might therefore give rise to changes to the traceability systems. More specifically, the discussion between the Commission, the Council and the Parliament concerning COOL may result in legislative changes that have an impact on your business. Aside the report discussed in this post, the Commission is also expected to adopt implementing rules on mandatory COOL for unprocessed meat of sheep, goat, pig and poultry, based on the New Labelling Regulation. Get informed and subscribe to updates from FoodHealthLegal (see section above ‘Tweets” on the right side of your screen) in order to stay posted!