Insects as alternative source of animal protein for food and feed 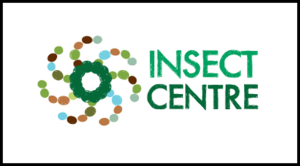 December is the month of festivities and food. Could insects be part of this tradition in the long run? On 8 and 9 December last, the InsectCentre organized seminar on edible insects in Wageningen. The seminar brought together the insect rearing business of Europe, as well as investors and academics, to discuss opportunities and restrictions for insect rearing in Europe. The seminar covered insect autonomy, insect rearing, economics and legislation. For some background information on the opportunities of insect rearing in the Netherlands, see this document. The focus of this blog will be on the legislation regarding insects in food and feed as discussed in the seminar, combined with our sector knowledge by way of background.

Why the interest in insects?

Insects are extremely versatile and can be put to use in many ways. Insects are the most species rich class of organisms on earth, of which (approximately) 2.500 species are edible. In EFSA’s 2015 report on ‘Risk profile related to production and consumption of insects as food and feed’, 12 of the 2500 edible species are mentioned as having the biggest potential to be used in food and feed. In other parts of the world, insects are a staple food and some insects are even seen as a delicacy. The two most commonly commercially reared insects in the EU for feed applications are the larvae of the black soldier fly and for food applications the lesser mealworm (buffalo) seems to have the best potential. Many insects are pathogenic or too small in size to be commercially interesting to rear. However, during the past years, steady growth in the worldwide demand for alternative protein sources has lead to a renewed interest in insects as a potential source of food and feed. Insects can be viewed as mini short cycled livestock for producing protein. Insect protein is an interesting source of protein due to the quality of the insect protein as opposed to plant-derived protein. Animal protein (so also insect derived protein) has a superior amino acid content compared to plant-derived protein. With a growing world population, the demand for meat production and protein will only increase. Currently soya is imported into the EU for feed purposes. Insects might be a (partial) replacement for this soya in the future, and can even be produced in the EU instead of being imported.

Insects can be reared to produce food as a whole or processed as ingredients for food. As explained in one of our previous blogs, only in some Member States a number of insects are permitted to be used in food, meaning that no enforcement measures regarding such use is taking place. The previously mentioned EFSA report contains the assessment of the risks associated with insects used in food and feed. In short, the overall conclusion was that the safety of farmed insects for use in food and feed strongly depends on both the substrate and the processing of the insects. Further research is needed to be able to fully assess the safety of insects to be used in food and feed.

Under the current Novel Food Regulation, whole insects are not explicitly regarded as Novel Foods. The rationale therefore is that the category of “food ingredients isolated from animals” are not considered to cover animals (insects) as a whole. However, this will change under the new Novel Food Regulation, entering into force on 1 January 2018, as of when insects will be considered Novel Foods. See our previous blog for further info on the contents of this regulation and the changes in respect of the current Regulation. Under the new Novel Foods regime, it remains to be seen how the competent authorities of the Member States will deal with FBO’s currently using insects in food.

Even if EFSA concluded that additional information is required to assess the safety of insects in food in full, considerable experience has been gained already with the application of insects in food. As far as we are aware, no safety issues have been reported regarding these applications. As safety is the bottom line for enforcement, we take the view that enforcement measures without any safety incidents are not justified just like that. This in particularly applies with respect to products containing only a small percentage of insect derived protein. On the other hand we know that insect manufacturers are using the transition period until 1 January 2018 to compile a full Novel Food dossier based on the Guidelines that were made available in September this year. Taking into account that the new Novel Foods Regulation also contains a regime for data protection, they justify the investment involved to secure a competitive edge the field of alternative protein.

The feed ban, was introduced as a reaction to the BSE crisis, and is laid down in the TSE Regulation. This ban prohibits the use of animal derived protein to be used in feed for farmed animals, unless an explicit exception is made. Insects could have a great potential in feeding farmed animals such as poultry and pigs and also for use in aquaculture. Currently the possibilities for feeding insects to farmed animals and aquaculture animals are limited. However, the European Commission published a draft amendment to the TSE Regulation to partially uplift the feed ban. The amendment will enable the use of certain insects for the production of  Processed Animal Protein (PAP) for the use in aquaculture. Discussions whether the use of PAP could be extended to poultry and pig farming are currently on going.

Food to feed the insects

In addition to the prohibition on the use of insect protein in feed, the materials that can be lawfully used to feed the insects are limited. From a circular economy point of view, the use of manure to rear insects could be attractive. In this way manure could be used to produce feed and the insects could transform the nitrate contained in the manure, that would otherwise contaminate the environment, into valuable nutrients for poultry. However, when rearing insects to produce feed, the insects are considered to be farmed animals (similar to cows or poultry). The Animal By-products Regulation prohibits the use of certain materials in feed for farmed animals, manure being one of them. The ideal situation for the insect rearing industry would be to be able to use all types of other waste stream for rearing insects. This is not possible. Currently only waste streams fit for human consumption and some waste streams of animal origin, such as milk and milk derived products, can be used as feed for insects.

During the Wageningen seminar referred to in the introduction, the overall opinion of both the presenters and participants was that European legislation currently restricts commercial use of insects for both food and feed applications. On the one hand, the new Novel Foods Regulation will bring legal certainty on the Novel Food status of insects, on the other hand it will require FBO’s marketing insect based food products to obtain a Novel Food authorization. However, for feed there is light at the end of the tunnel. We conceive the exception for PAP of certain insects to be fed to aquaculture to be a first step in getting insects on the menu for poultry and other farmed animals as well. As always, we will keep you posted on developments regarding the use of insects in both food and feed.

The author has written this post together with her colleague Floris Kets, who attended the seminar organized by the Insects Centre.