← Weight loss claims – the proof in the pudding is in the eating
The medicinal effect of …. Coca Cola → 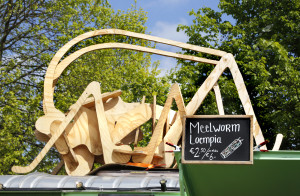 The heat was on today in the European Parliament (EP).  The reason for that was that the new Novel Foods Regulation was put to vote in a plenary session. In the debate prior to the vote, the opinions centred between concerns about food safety and the free circulation of goods. In this post, you will be updated about the outcome of the vote. In short, the adoption of the new Novel Foods Regulation will have important consequences for Food Business Operators (FBO’s). In an earlier post, we already reported about streamlined authorisation procedures. Today, we will mainly focus on the type of products covered by this legislation. Insects are in for a start. In a 10 minutes read, you will learn what are the consequences thereof – and more.

Today (28 October 2015), the EP adopted the latest proposal for a Regulation on Novel Foods [insert final text]. As reported in one of our previous posts, the European Commission published an initial proposal for this Regulation in December 2013. EP Rapporteur Nicholson heavily criticised this draft, mainly for its open product definition and for the lack of streamlining the authorisation procedure. As a result, an EP legislative proposal became available, in which the Rapporteur formulated a number of improvements. Most of them were included into the draft legislation approved by the ENVI committee by the end of November 2014, which further developed into the text voted today. This adopted proposal will enter info force after publication in the OJ. However, a transition period of 24 months after such publication has been provided before its actual application.

So what are Novel Foods finally?

In the initial Commission proposal, the various product categories had not been exhaustively defined. Although such a system could present the advantage of flexibility, in fact FBO’s resisted against the legal uncertainty this would create. As a result, the approved draft by the ENVI Committee identified 10 categories of Novel Foods. Some of these have again been heavily debated, like for instance insects – however without success. The Regulation voted today in the EP defines the following products as Novel Foods:

What’s in? – Most striking changes

Contrary to the ENVI proposal, the current text of the Regulation no longer mentions food derived from cloned animals or their descendants as a separate product category. However, it becomes clear from the recitals in the new Novel Foods Regulation that no change is intended here. Until specific legislation on food from animal clones enters into force, such food is covered by category nr. 5 of this Regulation, as food from animals obtained by non-traditional breeding practises. Another textual change relates to category nr. 8. Whereas the ENVI draft still specified the highly debated 10 % threshold for a food ingredient to qualify as nano (instead of the 50 % threshold proposed by the Commission), no such threshold is contained in the current text. Although this is no doubt a compromise solution, it is expected it shall give rise to new discussions. A real change with respect to the ENVI proposal relates to product category nr. 3, covering food of mineral origin. For now,  the background of this change remains unclear. Finally, insects are still covered by category nr. 4. Today, many food products consisting of or containing insects are marketed in various Member States. It is therefore important to establish what will be the consequences of considering insects as Novel Foods. In order to answer that question, the provisions laying down the transition regime are of interest. Furthermore, by way of background, a number of safety evaluations of insects as food are briefly discussed.

Evaluation of insects as food by certain Member States

In one of our previous blogs relating to the marketing of insects as food products, we reported that due to the lack of clarity regarding the status of insects (Novel Foods or not?), some Member States issued their own guidance. In Belgium for instance, the placing on the market of 10 particular insects species as food product is tolerated, provided that specific food law requirements are met. In the Netherlands, the Dutch Food Safety Authority and the Health Minister ordered a safety report with respect to three types of insects currently marketed as food in the Netherlands. These are the mealworm beetle, the lesser mealworm beetle and the locust, regarding which the heat-treated and non-heat treated consumption was evaluated in terms of chemical, microbiological and parasitological risks. Based on the outcome, it was recommended to consider these insects as “regular” foods (in the sense of the General Food Law Regulation) and not as Novel Foods.

Evaluation of insects as food and feed by EFSA

On 8 October 2015, EFSA published its Risk profile related to production and consumption of insects as food and feed ordered by the Commission. In fact, EFSA was requested to assess the micro-biological, chemical and environmental risks posed by the use of insects in food relative to the risks posed by the use of other protein sources in food. EFSA found that for the evaluation of micro-biological and chemical risks, the production method, the substrate used, the stage of harvest, the specific insect species and the method of further processing are of relevance. It established however that with respect to any of these topics, fairly limited data are available. It therefore strongly recommends further research for better assessment of microbiological and chemical risks from insects as food, including studies on the occurrence of hazards when using particular substrates, like food waste and manure.

How to deal with insects as food products that are currently marketed? The new Novel Food Regulation provides first of all that these products do not have to be withdrawn from the market. However, for the continued marketing of such food products a request for authorisation should be filed within 24 months after the date of application of the new Novel Food Regulation. This would come down to the following.

This means that roughly speaking 4 years from now, FBO’s offering insects as food should still obtain a Novel Food authorisation. Assuming that these products have been marketed since the end of 2014 (see for instance the news on the launch of the insect burger sold by Dutch grocery chain JUMBO), this would mean that they were on the market 5 years before. If no safety concern ever arose so far, it would not be unreasonable to request an exemption from this obligation. At any rate, such FBO’s should know that prior to the indicated date of 1 January 2020, they can most likely successfully rebut any enforcement measures by local food safety authorities.

The adoption of the new Novel Foods Regulation has been a process with quite a few hick-ups and some surprising results. Whereas food from cloned animals for a long time had been the cause of delay, it is surprising to see that this Novel Food category nevertheless ended up within the scope of the new Novel Foods Regulation. As to products providing alternative protein, such as insects, we understand that the safety aspects from rearing to consumption should be carefully assessed. However, we note that EFSA does not have any immediate safety concerns per se. Furthermore, it should be stressed that the notion of “safety” in EU food law has only been negatively defined. That is, food is safe as long as it is was not found unsafe. Therefore, we consider that alternative protein products that were marketed for a number of years without any problems reported should not be subject to further barriers. Anyhow, FBO’s should be aware of their rights of continued marketing of such products, at least for four more years to come.

Want to know more about this subject? Do join the Axon Seminar on Alternative Proteins: invitation seminar.

Image: Amsterdam Westerpark, food festival “The Rolling Kitchens“, serving snacks made out of insects, such as fried grasshoppers on a stick or mealworm spring rolls.