← Enforcement measures regarding borderline products
What Do Medical Devices Have To Do With Food? → 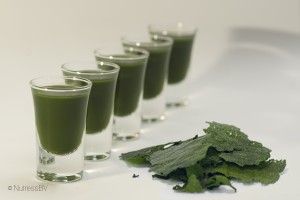 Algae are in the spotlight as a sustainable source of protein, fibres and fatty acids. A form of sustainability is found in organic production. Besides sustainable, consumers perceive organic products as healthy and safe. Therefore producers of microalgae would like to use the organic logo. We previously reported on this topic in an earlier post this year. This post reports what is new in the regulatory framework. It furthermore elaborates on the legal and practical obstacles that algae producers currently encounter with respect to the use of the organic logo, as regulated here, and it explores potential solutions.

The term “algae” covers both macro- and microalgae. Macroalgae – popularly called seaweed – can be seen with the naked eye. Examples include nori (sushi sheets), sea lettuce and kelp. Microalgae are single-celled organisms up to 50 micrometres in size, and thus not or hardly visible to the naked eye. There are many different species of microalgae, of which Chlorella and Spirulina are the best known. Both species have a history of safe use as application in food for human consumption. This means that the Novel Food legislation does not preclude the use of these algae in foodstuffs.

For a general description of the content of the EU Organic Regulation, we refer to our previous post. In essence, it comprises an overall system from farm to fork for the production of foodstuffs including micro and macroalgae. Furthermore, it provides for the possibility that so-called compliant products imported into the EU from recognized countries may be marketed as organic when certain conditions are met. The bottleneck so far was that the EU Organic Regulation did not provide for specific rules for the production of microalgae. This situation was partly remedied by the so-called Interpretative Note that the Commission published in July 2015. This document accepted the application of private standards recognized or accepted by the Member States, provided that they did not impose additional measures upon products originating from other Member States. Furthermore, it was established that until the moment that detailed production rules for micro algae would be determined, the production of microalgae must comply with the rules applicable to the production of either plants or seaweed. As a consequence, there was no consensus about the exact production standards for organic labelling of microalgae produced in Europe. At the same time it was – and is – possible for organically produced microalgae in third countries to be imported as such in the EU. Because of this situation European microalgae products are one-nil down.

Are thus all obstacles removed to organic certification of microalgae produced in the EU? Unfortunately not, because microalgae cannot be compared with seaweed just like that; as seaweed is a macroalgae. Although there are similarities between growing micro and macro algae, the harvest thereof is different. As to the similarities: both macro and micro algae need dissolved minerals and CO2 to grow since they do not break down manure automatically. Therefore, fertilizer and manure derivative products are usually added to the water in order to make the minerals contained in the fertilizers bioavailable to the algae. However, the addition of fertilizer or manure derivative products to an algae culture results into the harmful organisms present therein, such as toxins and heavy metals, to mix with the algae. Products made from algae to which manure or manure derivatives solutions are added, may therefore constitute a very high food safety risk. As to the differences between macro and micro algae: in the harvest of seaweed only the macro algae are harvested. The organisms and bacteria present in the water remain there and the product can be cleaned from harmful substances. However, this is not possible with the harvest of microalgae because of their small diameter. As a result, the bacteria, fungi and other organisms present in the culture are harvested as well and partly end up in the final product. The food safety of such products is questionable.

The vast majority of micro-algae are being cultivated in open ponds. These systems are afflicted by external influences. For that reason, a pond is continuously contaminated with undefined organisms such as bacteria, fungi, aquatic insects, toxins and even faeces. A method to inhibit this unwanted growth is the use of high concentrations of iodine. Algae products from such systems often contain very high concentrations of iodine and they therefore constitute a potential health risk. Nevertheless, third countries other than recognized countries do certify these products as being organic. As a matter of fact, they are marketed outside the system of similar products and recognized countries. This forms a troublesome form of competition for micro algae produced in the EU.

In closed systems, there are hardly any external influences. In these systems, the entire process of cultivation up to and including harvest can be closely monitored. In the unfortunate situation that any contamination occurs, this can promptly be detected and appropriately responded to. This way of cultivation of algae excludes the risk of unwanted organisms in the final product. However, in order to be able to grow algae under these conditions, the minerals required for the start of growth of the algae have to be added in a different way than in the open nature. Production of microalgae in closed systems therefore usually takes place by the addition of dissolved minerals.

In organic production only a limited number of permitted minerals can be used. When an algae producer uses minerals that are not on the list of permitted substances, he cannot certify his products as being organically grown for the time being. From that perspective, it is important to mention that for some minerals, such as nitrogen and phosphate, there are no suitable natural alternatives or sources available. Mineral salts extracted from mines for instance are not considered safe for use in food. Therefore, currently isolated variants, of which the food safety is guaranteed, are used. Even if an algae producer could apply for admission of these minerals on the list, this has a downside. Normally, these minerals form an integral part of a specific production process containing proprietary information that cannot be disclosed by an algae producer just like that. When filing a request for authorization of minerals in organic production, the probability is low that confidential elements of the relevant production processes remain confidential in such an application.

We see two possible solutions to the problems identified above. Firstly, we expect that when the confidentiality of so-called proprietary data in an application for authorization of certain minerals in organic production could be ascertained for a minimum period, this would give a big boost to the organic cultivation of microalgae. Such regimes also exist for dossiers to be filed for the authorization of Novel Foods and of health claims, so this is not uncommon in food law. Secondly, a so-called grace period for substances currently used in closed culture systems could provide a solution. This grace period would need to apply until there is an acceptable functional alternative available for the envisaged substances in terms of quality, quantity and price. In both cases, of course, food safety is paramount. This means that the added minerals should be proven to be food-safe. Application of the proposed solutions would enable EU producers of microalgae the opportunity to use the EU organic logo for food-safe algae products. This would be a win-win for consumers and producers.

This post is based on a Dutch article that was co-written by the Dutch algae manufacturer Nutress, belonging to the Phycom group. It was published in the September 2016 issue of VMT, a Dutch magazine for the food business. The picture was kindly provided by Nutress, who owns the copyright thereof.