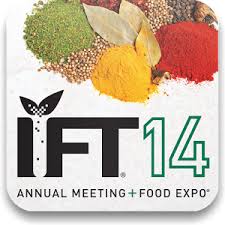 From 21 – 24 June, the yearly conference of the International Food Technologists (IFT) took place in New Orleans, Louisiana. During this conference, over 16.000 food science and technology professionals discussed the most recent product, ingredient and technology developments, as well as the potential business impact and regulatory framework. Below, you will find a selection of topics discussed. It will also be commented how these impact food business operators  in the EU.

So far, no proper legal definition exists of functional foods. Since 1984 however, the Institute of Medicine has designated as functional food “any food or food ingredient that provides a health benefit beyond its nutritional benefit”, which I consider a clear working title. In the functional food market, functional beverages are the fastest-growing sector. In the IFT-session “The evoluation of functional beverages” advances in ingredients were discussed, such as new vitamin forms, dietary fibers and certain omega-3 fatty acids. Also, trends towards more natural forms of coloration were discussed, for instance from lycopene and beta-carotene, which also increase antioxidant properties. Obviously, using health claims in connection with these functional foods is very attractive from a marketing point of view. However, this remains a strictly regulated area in the USA, where different rules apply to “classical” health claims, structure function claims and qualified health claims. As discussed in our posts of 8 May 2014 and 2 November 2013,  this is not any different in the EU.

In IFT-session Presenters Detail Gut Health Research some of the latest research was shared on the ways in which prebiotics affect the gut microbiota. Prebiotics are substances that are selectively fermented by gut microbes, thereby delivering health benefits to the host. It was reported that during the last 20 years, research has shown that prebiotic ingredients stimulate the growth of beneficial gut bacteria. Furthermore, evidence has been obtained suggesting that diet can contribute health benefits by changing the composition of the gut microbiota. It was pointed out during this presentation, however, that regulatory bodies like the EFSA have refused to permit health claims for prebiotics. Although this may be true in general, it is not entirely correct for lactulose, regarding which EFSA’s NDA panel acknowledged the beneficial effect consisting of a reduction of transit time.

From the session Allergens-Free Food Formulation, it became obvious that allergies (being defined as an abnormal response to a food triggered by the body’s immune system) constitute a prominent item on the agenda of food business operators for the years to come. Currently, millions of people have food allergies and that total is growing. Presenters during this session referred to the statistics from the Centers for Disease Control, according to which food allergies among children surged by 50% between 1997 and 2011. In order to respond appropriately, food manufacturers not only have to formule allergen-free foods, but also create an allergen-free manufacturing environment. Also, all of this should be effectively reflected in the product information, in order to meet the applicable labeling requirements. As reported already in our post of 17 September 2013, with the entry into force of the Food Information Regulation by the end of this year, specific measures apply regarding 14 named allergens, both for pre-packed and non pre-packed food.

In the session Food Clinical Trials and IND-applications, it was explained when clinical studies for foods would require the filing of an Investigational New Drug (IND) application. This question was answered based on a recent guidance document (Guidance for Clinical Investigators) issued by 3 organisations involved in the evaluation of drugs, biologicals and food and of course on the basis of the criteria contained in the Federal Food, Drug & Cosmetic Act (FFD&C Act). It was explained that if the intent of the clinical study is to investigate a physiological effect of the food on the structure or function of the body beyond the provision of taste, aroma, or nutritive value, then the study will require the filing of an IND application. Furthermore, guidance can be found in FFD&C Act, according to which a food qualifies as a drug if it is intended for use in diagnosis, cure, mitigation, treatment or prevention of disease and if it is intended to affect the structure or any function of the body inter alia. In the EU, we regularly see legal decisions dealing with similar qualification issues based the European Drug Directive. Clearly, this is a topic in the centre of interest on both sides of the Atlantic. It is therefore expected that US guidance on this topic may be of interest for its European counterparts as well.

Other topics discussed at IFT were overweight and obesity,  perception of food in media and  GMO’s in the food industry. At FoodHealthLegal, we continue to follow all these topics, and in particular their legal and regulatory implications, with interest and we will provide you with further updates shortly. Please feel free also to join Axon’s life sciences seminar on medical and functional food, which will be held on 24 September 2014.