The era of nudging: EU’s proposals for mandatory front-of-pack labeling →

Last summer, the European Single-Use Plastics (SUP) Directive became applicable. This Directive places restrictions on the use of single-use plastic food packaging (and other plastic products). Where do we stand 1 year after the SUP Directive’s date of application? How has this Directive been implemented in the Netherlands, what are the bottlenecks and what can we still expect?

The EU has set itself the goal of becoming a leader in the global fight against marine waste and pollution from plastic products. The SUP Directive contains several measures to help reaching this goal. These range from marking requirements on the presence of plastic and its negative impact on the environment (e.g. on to-go coffee cups) to a total ban for products for which more sustainable alternatives are already available (such as for plastic plates and cutlery). However, the scope of the SUP Directive is not crystal clear. For example, the definition of ‘single-use plastic product’ is interpreted differently in different countries.

Scope of the SUP Directive

All types of plastics
The SUP Directive defines plastic as a material consisting of a polymer as defined in the REACH Regulation (and which can function as a main structural component of final products – more about this requirement below). Additives or other substances may have been added to the polymer. Natural polymers that have not been chemically modified are not covered by the definition of plastic in the SUP Directive. While the Directive does not provide a further explanation of this concept, the European Commission’s Guidelines (“EC Guidelines” or “Guidelines”) provide further clarification. The aim of the Guidelines is to ensure a harmonized interpretation of the SUP Directive. According to these Guidelines, practically all types of plastics are covered by the SUP Directive, including so-called bio plastics. The Netherlands follows this interpretation in its Explanatory Memorandum to the Dutch SUP Regulation. What supported this approach by the Dutch government is its intention to prevent a shift from single-use plastic packaging to other types of disposable packaging that may also end up as litter and has a negative impact on the environment.

Even products with a small amount of plastic
Both products that consist wholly and partially of plastic can fall under the scope of the SUP Directive. The Directive does not refer to a certain minimum percentage of plastic 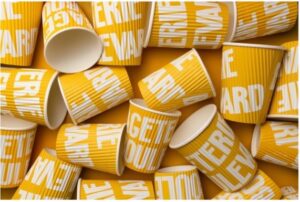 that must be present. The EC Guidelines clarify that a qualitative assessment should be made, taking into account the objectives of the Directive. Thus, according to the EC Guidelines, otherwise non-plastic products fall under the definition of plastic as referred to in the SUP-Directive if a plastic layer or coating is applied to provide protection against water or fat. Think, for example, of paper- or cardboard-based cups for beverages. Such products often end up as litter. Continuing to allow these products without restrictions does not fit the transition to a circular economy, as part of which waste must be reduced and reuse encouraged. Having said that, non-plastic products seem to be excluded from the scope of the SUP Directive if these contain polymeric materials solely in the form of paints, inks and adhesives (recital 11 to the SUP Directive).

In practice, there is (still) a lot of discussion about the question when a product is or is not a plastic product as referred to in the SUP Directive. Some EU Member States introduced a certain threshold value. As a result, paper and cardboard beverage cups and other food packaging that contain polymers in amounts below the maximum threshold do not fall under the SUP Directive in those Member States. The Netherlands purposely did not introduce such limit. Moreover, the Netherlands considers polymers applied as water or fat barriers to be a structural main component of food packaging. The reasoning behind this is that the packaging does not function for its intended use without such barrier. As a result of this approach, almost every material used for disposable food (incl. beverage) packaging falls within the scope of the Dutch SUP measures. As stated in the above-mentioned Explanatory Memorandum, this facilitates enforcement of the measures and makes them better fraud-proof.

Single-use vs. reuse
Once it has been determined that a product qualifies as a plastic product under the SUP Directive, it is relevant to determine whether the product is intended for single-use or reuse. Obviously, the SUP Directive only applies in case of the former. The mere fact that a product may be sold for multiple use cycles is insufficient to pass this test; relevant is whether reuse is included in the design of the product. For example, can the product be adequately cleaned without creating (food safety) hazards for the expected use? The possible reuse of packaging may be determined on the basis of the essential requirements in the Packaging and Packaging Waste Directive. Packaging being suitability for reuse can also be proven if part of a system that guarantees such reuse. Consider, for example, plastic beverage cups that, after use, are taken back by the dispensing location to be cleaned and then refilled. Whether a product is intended for one-time use must be considered on a case-by-case basis. The Dutch competent authority in the Netherlands, Human Environment and Transport Inspectorate (in Dutch: Inspectie Leefomgeving en Transport, or “ILT”), may issue additional guidelines for this purpose for the Dutch market.

Implementation in the Netherlands

In the Netherlands, the SUP Directive has been implemented through the SUP Decree (in Dutch: “Besluit kunststofproducten voor eenmalig gebruik“). This decree required amendments to the Packaging Management Decree 2014 (in Dutch: “Besluit beheer verpakkingen 2014”). The measures under the Decree are further detailed in the SUP Regulation (in Dutch: “Regeling kunststofproducten voor eenmalig gebruik”). The Dutch SUP Regulation gives substance to the freedom of policy granted to EU Member States under the EU SUP Directive. In concrete terms it sets rules for consumption reduction. For this purpose, different regimes will apply to consumption on-the-go on the one hand, and onsite use of disposables on the other hand. Extended producer responsibility, awareness raising measures (such as through national campaigns) and monitoring and reporting obligations are also covered by the Dutch SUP Regulation. The Regulation knows a phased implementation from January 1, 2023. The Dutch Ministry of Infrastructure and Water Management (in Dutch: Ministerie van Infrastructuur en Waterstaat, or “I&W”) keeps stakeholders informed of SUP-related developments in the Netherlands through online newsletters and webinars. A lot of information about the SUP Directive can also be obtained via the Netherlands Institute for Sustainable Packaging (in Dutch: “Kennisinstituut Duurzaam Verpakken”, or “KIDV”), such as a handy decision tree.

Practice in the Netherlands 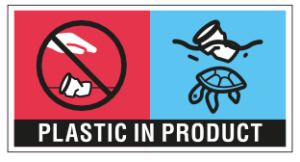 The new rules have not gone unnoticed by consumers. Packaging for food on-the-go and other single-use plastic products now carry a marking that confronts the consumer with their use of such products. Several beverage dispensing locations have already taken a lead on the abovementioned Dutch SUP Regulation and have in place a deposit system for collection and reuse. The above examples show that various producers and importers have taken the necessary measures to act in accordance with the SUP Directive. At the same time, we notice that companies involved in the single-use plastics supply chain still have many questions. In our experience, most of these questions can be answered by carefully reading the detailed EC Guidelines. Since these Guidelines have an authoritative but no legal status, they may however leave the door open for alternative interpretations. So far, we are not aware of any relevant enforcement examples as a result of interpretation disputes. While these may emerge in the future, sufficient enforcement capacity will be a point of attention. Concerns for such are being expressed in Dutch politics, particularly in relation to the upcoming Dutch Single-Use Plastics Regulation. The ILT is currently assessing the required additional enforcement capacity.

Looking outside our own borders, we notice differences in the implementation of the SUP Directive among EU Member States. For example, some Member States such as Italy apply a threshold value for polymers in non-plastic products (10% by weight), while others don’t. Another example concerns an extended ban on single-use plastic products beyond the products banned under the SUP Directive, such as in France. Consumption reduction measures also vary from Member State to Member State, as shown by the report on reuse systems (in Dutch) commissioned by the Dutch Ministry of Infrastructure and Water Management. As a result of the above, companies that market their products in several Member States face challenges to ensure compliance in all markets in which they are active.

The SUP Directive became applicable over a year ago. The Directive provides for a phased implementation, which we see reflected in the Dutch SUP legislation. The implementation of the SUP-Directive is therefore still in full swing, both at home and abroad. Interpretation and implementation differences are not to be overlooked and companies are challenged to deal with this efficiently. Sharing best practices can be useful here, particularly when the phased implementation progresses and concrete enforcement actions start to take place. Feel free to reach out in case of any implementation issues you want to discuss.