Nomenclature for cultivated meat across Europe 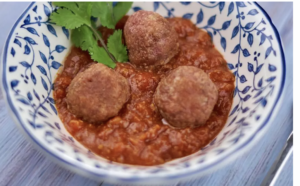 This blogpost covers the recent GFI report European messaging for cultivated meat (GFI Report) as recently presented during the International Scientific Conference on Cultivated Meat (ISCCM).The further aim is providing the relevant regulatory context. Market authorisation is often mentioned as the delaying factor for market access of cellular agriculture-based products. If you are interested to know how the names and narratives by which these products are designated fit into the EU regulatory framework, read on!

Developments in the field of cellular agriculture have been tremendous since the first market approval of Eat Just’s hybrid cultivated chicken product in Singapore at the end of 2020. To name just a few:

For a comprehensive overview of the developments in the cultivated meat market, reference is made to GFI’s 2021 State of the Industry Report on Cultivated Meat and Seafood. This report also points out that investments in cultivated meat companies have grown from USD 420 million in 2020 to USD 1,8 billion in 2021. The sector clearly grows in interest and substance.

Market authorisation: where to start?

Quite a few of the cellular agriculture companies have their origin in the EU and in the UK. During the latest editions of KET Conference, the New Food Conference and the ISCCM, I witnessed however that most of them intend obtaining market approval in Singapore first, then in the United States of America and only afterwards in the European Union. Why is that? And it is justified based on the current EU regulatory framework?

The European Union represents a market of more than 440 million consumers and thereby is a bigger market than for example the United States, counting currently over 330 million inhabitants. Based on this headcount alone it makes sense for each serious food business operator to consider the EU market for the launch of a new product. At the same time, the European Union consists of 27 Member States having their own cultural and culinary habits. This is exactly what is pointed out in the GFI Report. These varied backgrounds mostly require dedicated product communication. To a certain extent, some overlap in effective product communication in the four countries in which the research took place, was found as well.

For clarity, there is a thin line between marketing and product communication, especially for pre-commercial companies that need to raise funds to get their product to the market. This was recognized by David Kay from Upside Foods in his ProVeg presentation, which you can watch here (starting at 26th minute). For the time being all cultivated meat companies, except perhaps East Just, are pre-commercial companies. Product communication means providing factual understandable information to the targeted public. Marketing means the direct or indirect recommendation of goods, services and/or concepts by on behalf of an advertiser, whether or not using third parties. The purpose of the GFI report is to develop positive, persuasive nomenclature and messaging for cultivated meat for each language and cultural context. In my view, the report thereby operates somewhere in the middle between product communication and marketing.

As recently acknowledged by the FAO, internationally harmonized terms to designate cultivated meat would be helpful to facilitate understanding worldwide:

“Cell-based food products are also referred to as “cultured” or “cultivated” followed by the name of the commodity, such as meat, chicken or fish while the process can also be called “cellular agriculture”. Given the various terminology in use for this technology, internationally harmonized terms for the food products and production processes would facilitate understanding at global level.”

Back to the research performed by GFI. The very reason for the GFI Report is the current lack of consensus within the sector on the best nomenclatures and narratives to use. Negative framing of cultivated meat (which in some EU countries is already a reality) could prevent consumer acceptance of these products. GFI therefore tested which names and narratives worked well in each of France, Italy, Spain and Germany. Regarding the name, the GFI Report establishes that terms that loosely translate to “cultivated meat” are understood in all these countries and have a positive rather than a negative connotation. This comes down to “viande cultivée” / “carne coltivata” / “carne cultivada” / “kultiviertes Fleisch”. As to the accompanying narratives, overall findings are that communication on cultivated meat should not be too technical. For example, reference to “cells” and “bioreactors” should generally be avoided, whereas analogies construed with existing food practices, such as the brewing of beer, work well.

The research however also showed diverging results in the countries involved, both as regards the familiarity and the appreciation of cultivated meat. In France for instance, the terms “cells” and “bioreactor” are considered too reminiscent of a laboratory and too far removed from the language of food. In Italy “bioreactor” is even considered reminiscent of nuclear energy. In Spain, the terms “cells” and “bioreactors” are considered too scientific. In Germany on the other hand, the reference to “cells” is interpreted in an entirely different way. In this country, stating that cultivated meat stems from animal cells is interpreted that it tastes like conventional meat. In view of the market potential, in France 33% of the respondents indicate they would buy this food, whereas in Germany, Italy and Spain, these percentages are 57%, 55% and 65% respectively.

Do we have any examples from practice?

Why are names and narratives of relevance for market authorisation?

The four researched countries are all important EU Member States, both in terms of head count and political influence. Germany is very influential at EU level and has the largest population of any EU country. Spain is reported to have strong influence over EU policy as well and has the highest meat intake in the EU. Both France and Italy have significant influence over EU agricultural policy. However, these latter two are the countries where we have seen the most hostile approach to non-conventional meat. In France for instance, there is ongoing litigation before the Conseil d’Etat concerning the prohibition of meaty names for non-conventional and alternative meat products.

The position taken by all four countries will be of relevance during the authorisation procedure of cultivated meat in the EU. Cultivated meat – if produced without genetic modification – is regulated under the EU Novel Food Regulation. Contrary to legislation in Singapore (of very recent date) and in the US (still to be further shaped), this Regulation has already been in place since 1997 and was updated in 2018. The system is ready to receive applications when the companies are ready, too. Extensive EFSA guidance on the preparation of a Novel Food application is available.

Dynamics at the PAFF Committee

After EFSA makes available its safety evaluation regarding an application for authorisation of a cultivated meat product, the European Commission submits a draft implementing act to the PAFF Committee. This committee consists of representatives of each Member State and subsequently provides by qualified majority (i) a positive opinion, (ii) a negative opinion or (iii) no opinion at all.  “Qualified majority” here means that 55% of the Member States vote in favour, representing at least 65 % of the EU population. The dynamics of this decision making procedure have been described in detail in the article Meat 3.0 – How Cultured Meat is Making its Way to the Market, which also provides for a flow chart at the end. In case of a negative opinion, one of the options is to escalate to the so-called Appeal Committee. In case of a negative opinion of the Appeal Committee, the EC shall not render an implementing act. In plain language: the application for authorisation of the cultivated meat product at stake will in such case be rejected.

Based on the above, It is quite easy to make the calculation that if for instance the representatives in the PAFF Committee from Germany (over 80 million inhabitants) or France (over 65 million inhabitants) do not vote in favour of an  application for authorisation of a cultivated meat product, it will be difficult to reach the 65% threshold. Agreement on the name of product, understanding of the technology behind it, as well as the various benefits it could bring is therefore expected to be key for the evaluation procedure by the PAFF Committee. When these products make it to the EU market, they will be subject to the applicable legislation on food information and marketing. Until that time, it is of the essence that comprehensive product information reaches the relevant stake holders. It follows from the GFI Report that chefs and dieticians are best placed to deliver this message. In turn, the cultivated meat companies are in the position to provide them with relevant information. I can only encourage them to do so, if only to expedite market access in the EU.

Additional useful sources linked to this topic are ProVeg’s reports Communicating about cultured meat and The role of imagery in consumer perceptions of cultured meat (the latter targeting the UK specifically), each published in October 20222 and to be downloaded here.