Early this week the Academy of European Law’s Annual Conference on Food Law took place on 5 and 6 May in Trier and offered a unique opportunity to receive an analysis of recent legislation, case law and ongoing policy developments in the field of food law (for an overview of the full programme, click here).

Key topics that were discussed during the conference:

My talk discussed the Commission’s proposals on animal cloning and novel food. Novel foods are all foods that were not used for human consumption to a significant degree within the EU prior to 15 May 1997. An example is juice of an exotic fruit: noni juice. Currently novel foods are covered by Regulations 258/97 and 1852/2001. Novel foods, including food from cloned animals, are subject to pre-market approval, but obtaining market access under the current regime is a lengthy process that can take up 3 to 6 years. Therefore, between 2008 and 2011, a new proposal for a Novel Foods Regulation was published, but this proposal has never been adopted as concilliation failed in March 2011. One of the sensitive issues was food from cloned animals. In order to find a solution for this issue, the latest proposal for a Regulation on Novel Foods no longer covers such food. 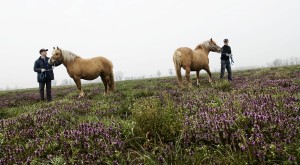 These proposals will result in:

Do you want to learn more about the proposals? You can download my slides here! See you at the next ERA Annual Conference on European Food Law?

How novel is your food? 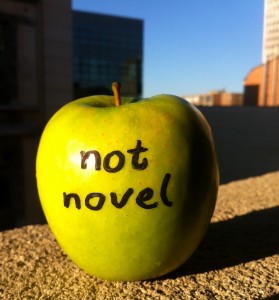 If you like to add a new ingredient to – for example – a beverage or want to start selling ‘superberries’ or an exotic seed from Asia in the EU, you should always check whether the food is a so-called novel food. The producer, importer or any other person responsible for the placing of a product on the EU market is primarily responsible for compliance with the EU-legislation, including the Novel Foods Regulation.

According to this Regulation, novel foods require pre-market approval in the EU. But when is a food product actually a novel food? Based on a steady stream of questions, our firm has noticed clients struggle with this question. Good news: this guidance document, recently published by the European Commission brings some relief.

Food products (including ingredients) that have not been used to a significant degree for human consumption within the EU prior to the entry into force of the Novel Foods Regulation on 15 May 1997, are, in general, considered novel foods and they should fall in one of the following categories:

Human consumption to a significant degree

This is where the guidance document from the European Commission is helpful. It includes a decision tree and questionnaire to help you assess your product.

The facts to support that a food has already been used for human consumption to a significant degree within the European Union before 15 May 1997 should be based on robust, reliable information. Data must be taken from referenced sources and must relate to foods which have been legally on the Community market.

Food products commonly used and known in different EU Member States and in specific regions vary greatly. According to the EC guidance, an established history of food use to a significant degree in at least one EU Member State is sufficient to exclude the food from the scope of the Regulation. Obviously, the more a food has been used the easier it is to demonstrate ‘a significant degree’ of use.

Products that have been used for their medicinal effects or as cosmetics are not considered novel foods. The food has to be used for the purpose of food, and not otherwise. Also, the classification of products as medicinal product or a food can differ across the EU because a food product can be classified as a medicinal product in one Member State and as food in another.

Use in food supplements

The Standing Committee on the Food Chain and Animal Health agreed in its meeting of 14 February 2005, that a use exclusively in food supplements before 15 May 1997 would not be considered as “human consumption to a significant degree”. Authorisation under the Regulation would be necessary if the food product has been exclusively used in food supplements.

Significant use of a food product within Europe can be substantiated if the food product is listed on the ‘Inventory list of herbals considered as food’. This list has been drawn up by the European Herbal Infusions Association (EHIA), and is based on the habits, the traditions and/or the regulatory status of plants in different member states. EHIA’s list can be regarded as a compendium of the different histories of use all over Europe. This makes this list a useful resource because it helps to identify whether certain plant material has been used as food ingredient in Europe.

In addition, the Novel Food Catalogue of the European Commission can be consulted. The Novel Food Catalogue is a non-exhaustive list of products of plant and animal origin and other substances subject to the Regulation. The list is a living document that is amended with novel foods earmarked by EU member states and the Commission in the Novel Food Working Group. The catalogue provides important guidance as to whether a product will require authorization under the Regulation. If a food product is not listed, this supports the conclusion that the product is not covered by the Regulation.

Some EU countries have extensively documented which plants/herbs are considered safe and are allowed to be marketed as food. This documentation also gives insight into whether a food product is allowed and whether it is regarded as a novel food that is subject to the Regulation.

For example Belgium and Germany use detailed lists of allowed plants. The German list is helpful to determine whether a plant/herb is considered as food, drug or novel food.

Belgium has recently updated their indicative lists of plants, plant parts and substances and their novel food status. On the Belgian website you can also find a link to a convenient PDF-file named ‘Tools to prove that a food or food ingredient is not a novel food’.

In case of doubt, you may consider consulting the relevant competent authority for novel foods on the status of your food product. But you don’t want to spill the beans; always think it through before contacting authorities because they cannot un-know what you tell them about your product. An example of a review on the status of goji berries by UK’s Food Standards Agency can be found here.

Tools for the novel food toolbox

Are you familiar with similar lists such as the lists used in Belgium and Germany or other documents (preferable in English) that are helpful in the process of determining the status of a food product in the light of the Regulation or other convenient tools? Great! Your comment would be appreciated.

Why do you have to check if the food product you are planning to sell on the EU market is a novel food? As mentioned in the beginning of this post, novel foods require pre-market approval. A non-compliant food product is illegal and liability-issues and/or fines might end up on your plate. Better check before you market, and use the tools mentioned in this post to help you find the answer.