← Trends at Vitafoods … and what you should know if you decide to be part of it
Cannabis derived food products – what’s the current state of play? →

Posted: March 15, 2019 | Author: Karin Verzijden | Filed under: Authors, clean meat, Food, novel food |Comments Off on Regulatory pathways for clean meat in the EU and the US – differences & analogies 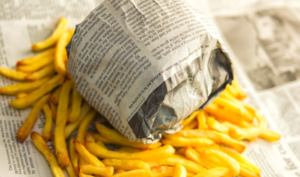 Now that the US regulatory framework is shaping up, the analogies and differences with the European regulatory framework for market access for clean meat becomes more and more clear. This blogpost reports these analogies and differences, based on the agreement that the FDA and USDA recently concluded on their cooperation in the field of clean meat.

On 7 March 2019, the FDA and the USDA concluded a formal agreement (“7 March Agreement”) on their cooperation to oversee the production of cell-based meat from livestock and poultry. As mentioned in an earlier blogpost, in the EU the European Commission is the one stop shop for obtaining a Novel Foods authorization. In the US however, foods can be subject to regulatory oversight by multiple federal and state agencies. In general, USDA regulates meat and poultry, including the inspection of establishments that slaughter such animals or otherwise process meat and poultry products. FDA generally regulates all other food, including fish and certain other meat and poultry products, such as bison, rabbits, and wild turkeys and ducks.

Essence of the 7 March Agreement

The 7 March Agreement is quite a relief for the market players concerned. For instance, the Good Food Institute issued a press release, stating “The agreement is a significant step forward in providing a transparent and predictable regulatory path to market for cell-based meat, which will help to ensure that the U.S. does not fall behind Israel, China, Japan, the Netherlands, Singapore, and other countries that are moving quickly to ensure a clear path to market for this method of meat production”. In essence, according to the 7 March Agreement, FDA is competent to oversee cell culture and production up to harvest of the cultured meat cells, whereas USDA takes over responsibility as of harvest up to and including the actual production of clean meat products. For clarity, clean fish is not included in the 7 March Agreement, as this under the remit of FDA. It seems safe to assume however that what the agencies will do for clean meat and poultry, they will do for clean fish. This assumption is based on the agreement that the agencies will develop joint principles for product labeling to ensure that products are labeled consistently and transparently.

Analogies between EU and US

By far the most important analogy is that both regulatory systems aim to assure that clean meat products hitting the market are “safe, wholesome and unadulterated” (see point 4 B (3) of 7 March Agreement). In fact, to the EU Novel Foods Regulation aims to ensure “the effective functioning of the internal market while providing a high level of protection of human health and consumers’ interest.” In order to achieve this purpose, both regulatory systems require prior market authorization, but the way such authorization procedure is put in place is in fact quite different.

Differences between the EU and US

In order to visualize the differences between the two regulatory systems at each side of the Atlantic, I have created the schematic overview below. On the left side, I summarized the authority of the FDA and the USDA under the 7 March Agreement. On the right side, I outlined how legal authority is attributed in the EU and in its Member States. As a reference Member State, the Netherlands (“NL”) has been retained, as this is one of the EU countries where clean meat activities are prominent.

No pre-market consultation in the EU

One of the most striking differences is that under the EU Novel Foods procedure, there is no formal pre-market consultation procedure to evaluate production materials and processes. I consider this to be a flaw in the law. Under the former Novel Foods Regulation that was in place until 1 January 2018, applications had to be filed with the competent authority at a Member State level. These authorities, at least in the Netherlands, were often willing to answer questions that arose during the preparation of applications. Under the current Novel Foods Regulation, applications have to be directly filed with the European Commission via an e-portal. There are no formal procedures to contact either the European Commission, or EFSA to answer questions on applications. If you manage to have informal consultation with an EFSA representative, no questions regarding particular applications will be answered, so a sectoral approach is your best bet. In short, we will have to learn by doing!

Where guidance by the Commission or EFSA on a personal level is not available, there is ample guidance based on a 2016 EFSA Scientific Opinion and a 2018 EFSA Technical Report. In fact, the 2016 Opinion provides detailed comments as to the various data to be provided in the Novel Food application, for instance on the identity of the Novel Food. For clean meat in particular, the identity of the cells from which the meat product is cultured should be provided, as well as the cell substrate used during the cultivation process, which should also be described in detail. The 2018 Report provides applicants with a completeness checklist, covering all items that should be specified in a Novel Food application. It also provides a helpful overview table of study reports contained in the technical dossier.

Contrary to the US, where enforcement is done by the authorities who also define the regulatory framework, enforcement in the EU is a national affair. This means that not the European Commission, nor EFSA are involved, but the national competent authorities. In the Netherlands, this is the Dutch Food Safety Authority, whose enforcement policy is on public record. For instance, enforcement measures directed at marketing clean meat without a proper Novel Food authorization translate into a penalty and the prohibition to further market the product. Since enforcement is a national affair, measures may vary from Member State to Member state. When marketing clean meat in Europe, it is therefore not sufficient to be familiar with the EU framework but one is strongly recommended to also gain local advice.

Open ends still occur at both sides of the Atlantic. In the US, the 7 March Agreement has given a flavor on how the FDA and USDA will cooperate, but “it does not create binding, enforceable obligations against either Agency.” So, it needs to be seen how this will work out in practice, for instance regarding the pre-approval of labels. Will the authority at Federal level take away the necessity for evaluation at State level? In the EU, it remains to be seen what type of studies EFSA will want to see to specify nutritional and toxicological information, as well as allergenicity: literature studies or rather in vitro or in vivo data?

At FoodHealthLegal, we will closely monitor the regulatory developments in the clean meat space, so stay tuned!