Nutrition & cognition – how to communicate on innovative food products in this particular field? 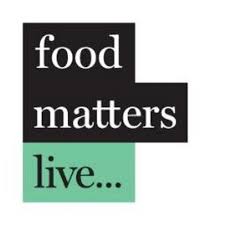 Consumers across all demographics are increasingly concerned about cognitive health and performance. For that reason, Food Matters Live, held in London from 21 – 23 November last, dedicated one of its Seminars to the exploration of new R&D advancing the understanding of nutrition and cognitive health and performance. I was asked to give a presentation on meeting standards for cognitive claims, of which you will find a summary below. You will note that in addition to the system of currently authorised claims, I will explore its flexibility, as well as the options outside its scope.

The general framework for health claims is contained both in the FIC Regulation and in the Claims Regulation. The FIC Regulation embodies the principle of fair information practises.  According to this principle food information should not be misleading as to the characteristics of the food, for example by attributing it effects it does not possess. Furthermore, the FIC Regulation prohibits any medical claims to be made in connection with food products. A medical claim is to be understood as any claim targeting the prevention or treatment of a particular disease. It is for instance not permitted to state that a food supplement alleviates the symptoms of rheumatoid arthritis.

The Claims Regulation lays down the very concept of a health claim, being a voluntary message in any form that states or suggests that a food has particular characteristics. Basically, a health claims conveys the message “What does the product do?” Health claims can only be made with regard to a particular nutrient that has been shown to have a beneficial nutritional of physiological effect. Such nutrient should be present in the end product in a form that is bio available and to such extent that it produces the claimed effect. The scope of the Claims Regulation includes all commercial communications regarding food products to be delivered to the final consumer. Based on the Innova / Vital decision of the ECJ, it was clarified that such final consumer can also be a health care professional.

Currently, authorised claims for cognition can be linked to iodine, iron and zinc. For all of these compounds, the claim “contributes to the normal cognitive function” can be made. In addition, for iodine the claim “contributes to the normal functioning of the nervous system” is available and for iron a claim specifically targeting children can be made. The conditions of use for these claims are calculated on the reference intake (“RI”) applicable to each mineral. As such, a distinction is being made between solids (15 % RI) and fluids (7.5% RI). For instance, in order to allow a cognition claim linked to iron, the end product should at least contain 2.1 mg iron / 100 g or 1.05 mg / 100 ml. Any claim should refer to a food product ready for consumption, prepared in accordance with the manufacturer’s instructions.

In practise, I see that many food business operators try to reword the authorised claims, as they are not considered to be a major add-on. In the Netherlands, this practise has been facilitated by the Council for the Public Advertising of Health Products (Keuringsraad KOAG-KAG), who has published a list of alternative, authorized claims. For instance, for a claim on zinc, the Dutch translation of the wording “contributes to a regular problem-solving ability” is permitted as an alternative. Regarding a claim on iodine, you could think of “plays an important role in mental activity.” Furthermore, it is also permitted to state that a food product containing the required minimum of iron “contributes to regular intelligence”. Now we are talking!

An internet search for products targeting cognition revealed that many of them are not linked to the EU authorized claims at all. For instance, the company Flora Health is marketing the food supplement ginkgo biloba, claiming that it “helps to enhance cognitive function and memory in an aging population.” Also, the food supplement Mind Focus containing various vitamins, minerals and green tea extract from the company Bio Fusion was found, which allegedly “improves mind focus and concentration instantly”. Furthermore, the green oat product Neuravena was found, regarding which five clinical studies confirm it benefits to cognitive function. How can this be explained? The first two examples contain claims that in the EU would no doubt qualify as medical claims and as such are prohibited.

Products that do not comply with EU standards may originate from other countries or territories that are subject to a different regulatory regime than applicable in the EU. Without endorsing any claims made, it was found that the gingko and Mind Focus products originated from Canada and the US respectively. The same is not true for the product Neuravena, as its manufacturer Frutarom claims to be a “global manufacturer of health ingredients backed by the science, and supported with documentation and the regulatory compliance our customers demand.” The difference here is that Neuravena is not advertised on a commercial setting targeting end consumers, but in a scientific portal. The website even contains a disclaimer to that extent. In a non-commercial, purely scientific environment, the Claims Regulation is not applicable. This allows FBO’s, provided that the same website does not contain a click through ordering portal, to communicate on their R&D and cognition even outside the authorised EU framework.

The EU authorised claims for cognition are limited in number and scope. Several EU Member States offer considerable flexibility in wording, which makes the use of claims much more appealing. Furthermore, in a science-based context, the Claims Regulation is not applicable, which allows you plenty of opportunity to communicate your latest R&D on nutrition & cognition, provided that the message is strictly scientific and not commercial.