← Nutrition & cognition – how to communicate on innovative food products in this particular field?
Can unhealthy foods enter the ‘health halo’? The boundaries of health claims in the absence of nutrient profiles → 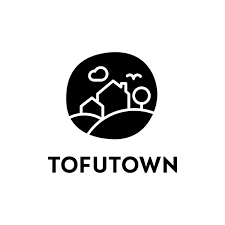 The European Court of Justice (ECJ) recently took its decision in the TofuTown case, providing clarity on the interpretation of the Agricultural Product Standards Regulation (APS Regulation). In short, this case dealt with the question: “Is it possible to use regulated product names for new product types?” The answer to this question is a clear “no”.  This came as quite a shock to the emerging vegetarian and vegan market. Many companies marketing alternative protein products use traditional product names for their dairy replacements. They may have to change these names, as they are no longer in line with the view of the highest EU Court.

The TofuTown case was initiated by the German unfair competition association Verband Sozialer Wettbewerb (“VSW”). This activist organisation was also at the origin of the Innova Vital case, clarifying the scope of the EU Claims Regulation. Based on this decision, we now know that the Claims Regulations not only targets commercial communications addressing final consumers, but under certain circumstances, it also addresses communications made to health care professionals. VSW initiated the present case against the German company TofuTown, as it claimed the promotion of strictly plant-based products under denominations such as “Soyatoo Tofubutter”, “Pflanzenkäse” and “Veggiecheese” infringed the EU competition rules.

The legal framework of this dispute is constituted by the APS Regulation, containing detailed agricultural products definitions in various sectors, such as cereals, olive oil, wine, milk and milk products. The main rule following from the APS Regulation is that the names of regulated products may not be used for other products. TofuTown had argued, in essence, that this principle is outdated. In the past, such rule may have been justified to protect consumers against manufacturers distributing cheap products as dairy products, thereby gaining a competitive advantage. Nowadays, consumer awareness has changed considerably and many consumers want to be informed about alternatives to dairy products. Using regulated dairy names for plant-based alternatives is not meant to mislead consumers. Quite to the contrary, such use enables to inform the consumer on plant-based origin of their products as opposed to the animal derived dairy products they intend to replace. The ECJ did not agree with this argument. It is nevertheless worthwhile to investigate if any other argument could escape the strict product name regime embodied in the APS Regulation.

Room for manoeuvre in APS framework?

On the face of it, there is. The Commission is empowered to adopt delegated acts concerning exemptions to the strict product definitions laid down in the APS Regulation, provided these shall be strictly limited to demonstrated needs resulting from evolving consumer demand, technical progress or the need for product innovation (see article 78.3 APS Regulation). Tofutown’s plea for informing consumers about plant-based alternatives to dairy products seems to fit in seamlessly in this derogation. However, for the time being, there is no such delegated act, so that it is worth while exploring if there any further exceptions to the strict product names principle embodied in the APS Regulation.

In fact, two of these exceptions are being mentioned in the TofuTown case. In the first place, designations for milk products may also be used in association with words designating composite products. The condition precedent is that no part takes the place of any milk constituent. Furthermore, milk should also be the essential part of such composite product, either in terms of quantity or for the characterisation (see Annex VII belonging to the APS Regulation, in particular Part III, nr. 3  thereof). An examples of such composite product names is chocolate milk.

Another exception to the system of strict product names relates in the first place to products the exact nature of which is clear from traditional usage. In the second place it covers designations that are clearly used to describe a characteristic quality of the product. The Commission has drawn up a limitative list of such product names that can be found here. Examples of such product names are the following:

This list has a highly cultural character and does not allow for translations of the product names mentioned therein into other Member States languages. As such, it would be prohibited to market almond milk in or any other EU country than France and Spain. The same goes for butter beans outside the Netherlands.

It could be argued that names like “Tofubutter” and “Veggiecheese” are clearly used to describe a characteristic quality of the product. However, as long as they are not mentioned on the Commission exemption list, these cannot be legally used for marketing plant-based alternatives to dairy products. More in general, the practical consequences of the TofuTown decision are expected to bring about serious restrictions for marketing plant-based products. Is this to be considered a setback for the consumer or to the contrary, will this prevent any consumers being misled? In fact, this is besides the point, as based on this decision, the enforcement authorities, like the Dutch Food Safety Authority (“NVWA”) in the Netherlands, will be authorised to prohibit further use of strictly regulated product names for their vegetarian peers. It will be interesting to see though if any enforcement actions will take place based on the mere product name. And also, will this be in the interest of the educated consumers of today? That’s certainly not beside the point.