← The era of nudging: EU’s proposals for mandatory front-of-pack labeling
Dairy under attack … and strikes back! →

This will change (soon): an update on environmental claims legal & policy framework 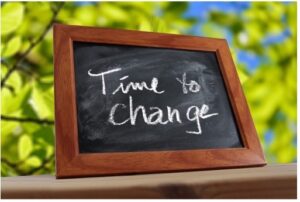 At the end of last year, the European Commission published an update of its guidance on the Unfair Commercial Practices Directive (“Revised Guidance”). The guidance provides amongst others an interpretation of the general prohibition on misleading practices in the aforementioned directive. Although the guidance has no legal status, it concerns an authoritative document. Judges and regulators such as the Netherlands Authority for Consumers and Markets (ACM) regularly refer to it. With regard to environmental claims, the Revised Guidance continues the line as set forth in its previous version from 2016. At certain points the text has been more detailed and more extensive examples are provided. However, the Revised Guidance also highlights a number of new points. The most striking additions are as follows.

Use of logos and labels

Environmental claims must be presented in a clear, specific, accurate and unambiguous manner. Simply placing a logo on a packaging will generally be insufficient to meet the above requirements since the average consumer cannot be expected to be familiar with the meaning thereof. This is not surprising considering that there are more than 100 sustainability logos in the EU. To prevent misleading practices, the Revised Guidance prescribes informing the consumer on the meaning of the logo, whether certification is done by a third party or not, and where further information can be found. These requirements are not absolutely new since they can also be found in the Guidelines sustainability claims issued by the ACM and the Code for Environmental Advertising by the Dutch self-regulatory organization of advertising (of which an update is expected this year). What is more is that the Revised Guidance sets forth additional requirements in case private instead of public quality marks are being used. The European Commission therefore seems to hint at a preference for public quality marks (e.g. EU Ecolabel, the Nordic Ecolabel ‘the Swan’ or the German ‘Blue Angel’) over private quality marks and to aim at a reduction of the total number of such marks. In this context, the ACM calls upon companies to use existing quality marks instead of developing their own.

Use asterisk for reference to additional information

It follows from the above that environmental claims (including logos) sometimes need further explanation to be well understood by the consumer. This is especially the case for general terms such as “sustainable” and “good for the environment”. A clarifying text should be placed as close as possible to the general claim, preferably right next to it. Another place may be chosen if there is no room for this, such as on the back of the packaging on which the claim is presented. An asterisk can be used to make the connection between the main claim and the additional information. A similar suggestion is made in the ACM Guidelines sustainability claims. The Revised Guidance states that when there is no room to specify the environmental claim, the claim should in principle be omitted.

Sharing information with competent authorities, but not with consumers

Environmental claims should be based on evidence that can be verified by the competent authorities. Authorities requesting such evidence are expected to take into account confidential information of the company making the environmental claim (such as certain input data for an LCA). The Revised Guidance emphasizes that the Unfair Commercial Practices Directive does not contain an obligation to provide such evidence to consumers (upon request). The ACM however takes a different position on this matter in its Guidelines sustainability claims, referring to the Guidelines for Making and Assessing Environmental Claims (2000) of the European Commission. The ACM advises placing evidence that substantiates the claim on a website and referring to it on (the packaging of) the product concerned. It also states that consumers should be provided with more information about the evidence concerned upon request. This raises the question how to deal with confidential information. A practical solution is to remove confidential information (provided this does not render the information concerned practically illegible), or to make a summary of the evidence for the claim available as a ‘consumer version’.

Bio-plastics are a hot topic these days. These include ‘bio-based’, ‘biodegradable’ and ‘compostable’ plastics. Where bio-degradable plastics degrade and eventually dissolve due to changes in their chemical structure, the idea behind compostability is that a soil improver remains after the composting process. In contrast, bio-based plastics are plastics made from components derived from natural materials (as opposed to fossil-based materials). Bio-based plastics are not necessarily biodegradable or compostable. The EU is investigating the following policy areas with regard to bio-plastics.

Plastics based on natural materials are often advertised as being more sustainable than fossil-based plastics. The question is, however, whether such natural materials offer real environmental benefits beyond a reduction in the use of fossil resources. To measure those benefits, the environmental impact of the full life cycle of such materials needs to be considered. This includes amongst other things the origin of the raw materials used. The use of arable land to grow natural materials for bio-plastics while this land could have been used for food is for example not necessarily ‘sustainable’.

Effective biodegradability and its role in a circular economy 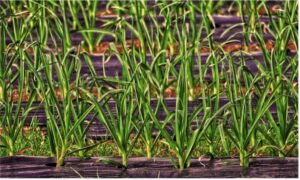 As far as biodegradability is concerned, it is being investigated whether and how plastics with this property fit into a circular economy. After all, there is little ‘circular’ about products that ‘dissolve’ in nature; reuse and recycling may offer better alternatives. It may at the same time be useful for certain product groups if they break down under specific conditions. An example of this could be agricultural film, which is not always removed completely after harvest and which is not easy to recycle after use due to contamination with soil. Similar questions arise with regard to compostable plastics. At best they break down into water and CO2, and therefore cannot contribute to soil improvement. Biodegradation of so-called compostable plastics could however also be useful for certain product groups. Think for example of compostable coffee and tea bags, which create a co-benefit when their use results into more coffee and tea being disposed in the green bin and subsequently composted. 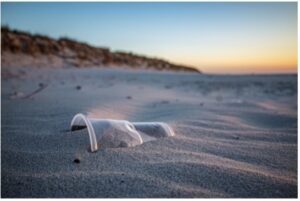 The prevention of misleading practices is also on the agenda. The European Commission recognizes that there is currently much confusion among consumers about bio-plastics. Stricter rules for the use of this and similar terms can prevent greenwashing. Moreover, it must be prevented that consumers interpret a biodegradability claim as a license to litter packaging with this characteristic.

Environmental footprint claims, just like other environmental claims, need to be supported by evidence. There is however no harmonized method for substantiating such claims. Having said that, EU standard methods for the ecological footprint of products (PEF) or organizations (OEF) do exist since 2013. These methods focus on the measurement of the environmental performance of a product or organization over its entire life cycle using 16 environmental impact categories, including climate change, ozone depletion and water use. The European Commission is currently exploring the possibilities of putting more emphasis on the use of the abovementioned methods for the substantiation of environmental claims. The outcome of this study was planned for the first quarter of this year, but is still pending.

There is even more happening in the field of sustainability in Brussels. On 30 March of this year, the European Commission adopted a proposal for a revised directive establishing rules for sustainable products (“Revised Ecodesign Directive”). Sustainable products will become the norm, with reusability, recyclability and energy efficiency being key concepts.