← Making an environmental claim on a product? Stay away from these 7 sins of greenwashing
The regulatory framework of personalised nutrition → 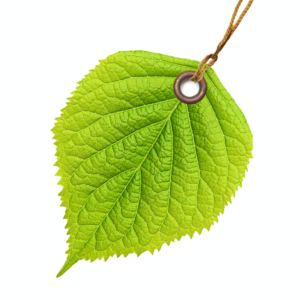 Over the last ten years, the trend of clean labelling in consumer food products has gained ever more ground. Clean labelling consists of replacing E numbers such as citric acid (E 330) and beetroot (E 162) by their natural counterparts, such as plant extracts. There is nothing wrong with E numbers per se. The use thereof is subject to specific purity criteria and their safety has been evaluated and approved. Consumers however tend to less appreciate E numbers as not being ‘natural’. This is not an unambiguous notion, as shown by this blogpost. Designing food products based on these consumer preferences can however become a tricky business, which was shown by a letter of the Dutch Ministry of Health, Welfare and Sport of 16 June this year as sent to the Dutch food industry associations. Even if this letter dates back to this Summer, it recently gained again traction on social media. We therefore consider it helpful to highlight the strict measures announced therein.

Some background information may be useful. In 2015, the Dutch Food Safety Authority NVWA received a visit from the Food and Veterinary office of the European Commission in the framework of a fact-finding mission. During this visit, non-authorised use of food additives in meat preparations was established that had not been detected by the Dutch authorities during official controls. After this visit, the NVWA announced the Action program on EU Food Additives (see paragraph 1.2 of this recent decision of the highest Dutch administrative law Appeal Court for further context). The Dutch Food Safety authority was thus confronted with its lack of oversight, which it clearly wanted to compensate.

In June 2019, the NVWA published its Additives Handbook, which was updated in September 2020.  The Additives Handbook also contains a chapter on clean labelling. In this chapter it is stated that the use of plant extracts in consumer food products, that are merely applied for their technological function, should be regarded as unauthorized use of additives. An example is beetroot extract containing high levels of nitrate that can be converted into nitrite for use in meat preparations. The converted nitrite is identical to the additive nitrite, except that it does not necessarily meet the additives purity criteria. The PAFF Committee also considers that such cases represent targeted use of food additives, because the plant extracts at stake are merely used for their technological function, such as preservative, antioxidant or colorant. This use of plant extracts should therefore meet all applicable criteria to food additives, including being authorized as such. To easily verify which additives can be used in which foods and under which conditions, the NVWA also recently launched an interactive tool on its website.

This Summer’s letter of the Dutch Ministry of Health, Welfare and Sport (in consultation with the NVWA) is even more concrete. It announces active enforcement regarding the unauthorised use of additives, as set out above, which it also considers as misleading information for consumers. As an additional example, the letter also states the use of microcultures, that are mainly used because of their preservative function. Enforcement measures can be avoided when four cumulative conditions have been met:

Consequences of the Health Ministry’s letter

The letter of the Dutch Ministry of Health, Welfare and Sport in fact introduces a (very short) transition regime for food business operators using plant extracts and other ‘clean label ingredients’ mainly for their technological function in food products sold to consumers. These companies have two options. The first one is to make the investment for an application regarding an authorised additive in due course and revising their product labels as set out above (i.e. specification of the technical function of the clean label ingredient). This is for sure a costly and lengthy option, so it may be worthwhile to make such application on an industry level, as authorisations are generic. This is however only a viable option when the clean label ingredient was already used in food products for its technological function on or prior to 16 June of this year. The second option is to reformulate their product by using the ‘conventional’ additives and mentioning the appropriate E numbers on their product labels. In case neither option is retained, it follows from the NVWA’s food information intervention policy that a written warning can be triggered, followed up by a fine if the warning does not result in compliance. If and when any such warning is received, it should of course be meticulously studied if the correct legal basis was cited and if indeed a warning logically follows therefrom. If not, an administrative complaint before the NVWA can be lodged in first instance and an administrative appeal in second instance. We expect to see a lot of these in the near future if clean label enforcement will be as tight as announced in the letter of 16 June of this year.