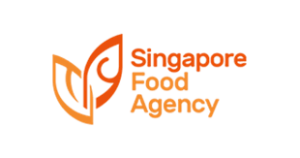 Cultured meat is making its way to the market globally. Recently, we saw this movie from Super Meat, serving cultured meat in a restaurant where in the same time cultured meat was actually being cultured. Earlier, tasting sessions by Aleph Farms of its cell-based steak were shared via social media. And at the end of last year, it was reported that Eat Just had gained regulatory approval to market its cultured chicken in Singapore. This made me (and I guess many others!) wonder how the regulatory approval process is set up in the Lion City. Last week, I had an interview with the Singapore Food Agency (SFA), the outcome of which I report in this blogpost. I also compare the information received to the regulatory system for authorisation of cultured meat in place in the EU.

Which foods are considered Novel Foods in Singapore?

Before putting in place its Novel Foods regulatory framework in 2019, the SFA took inspiration from similar legislation applicable in other parts of the world, amongst others in the EU. This clearly transpires from the definition of a Novel Food. The SFA considers Novel Foods to be foods that do not have a history of safe use. This is the case if substances have not been consumed as an ongoing part of the (human) diet by a significant human population during at least 20 years. This definition is pretty similar to the one used in the EU, except that the EU definition uses (i) 15 May 1997 as a fixed point in time cut-off date and (ii) a closed-loop system of 10 Novel Food categories. In Singapore, just like in other places of the world, it goes without saying that cultured meat (“meat developed from animal cell culture”) requires prior market authorisation. Whereas in the EU this could also take place (depending on the production process applied) on the basis of a GMO authorisation, my understanding is that in Singapore the designated route is a Novel Food authorisation. In the EU, a distinction is made between foods containing GMOs and foods produced from GMOs on the one hand and food produced with GMOs on the other. Whereas the first two categories require GMO clearance, the third one does not.

Contrary to the EU, where EFSA operates as an external advisory body to the European Commission the National Centre for Food Science (NCFS) forms an integral part of the SFA. The NCFS consists of food inspection services and laboratory testing services and a representative thereof also took part in the interview. This setup and Singapore’s 5.7 million inhabitants (compared to over 445 million in the EU) potentially explains the shorter timelines during the regulatory approval process, as outlined below.

The SFA acknowledges the science for producing cultured meat is still in an early stage. So far, it has set up a modest framework defining the Requirements for the Safety Assessment of Novel Foods. It however explicitly states the information required may change based on the developments on the science of producing cultured meat. The data required for evaluating the safety of Novel Foods largely correspond to the data required under the EU regulatory framework. They include information on the identity and the manufacturing process applied, as well as on the intended use and proposed levels of use. Toxicity studies (both in-vitro and in-vivo) and metabolism or toxicokinetic studies are requested “where relevant”. For cultured meat specifically, they include information on the cell lines, culture media and scaffolding materials used. Finally, any safety assessment reports conducted by the food safety authorities of Australia, Canada, New Zealand, Japan, the EU and the USA are considered relevant. For the EU, the SFA Guidance states that safety assessments conducted in accordance with the ESFA Guidance for submission of food additive evaluations would be accepted for review. This guidance is referred to in the EFSA Guidance for novel food applications in the context of toxicity testing and propagates a tiered approach for the type of safety parameters to be satisfied. This means that if no risk indicators are revealed in the studies performed in the first tier, no studies from the second or third tier need to be carried out.

The estimated timeline to complete an evaluation of a Novel Food in Singapore is said to be 3 – 6 months. During the interview however, SFA staff indicated this to be “slightly optimistic”. For the time being, the SFA has not yet put down any requirements regarding procedural aspects of a Novel Food application; this is still in the works. What struck me most during the interview is the informal and cooperative approach of the SFA. They seem to offer their assistance as a service rather than that they position themselves as rigid safety assessors. Also, they much encourage companies to consult SFA early in their product development process (referred to as “early-stage engagement”). This will enable mutual understanding of the production process of the cultured meat product at stake, as well as the applicable safety requirements. This may subsequently enable companies to make deliberate choices in their manufacturing setup. All of this is quite different in the EU, where interactions with EFSA is highly regulated and where detailed procedural regulations for submissions are in place, amongst others in view of protection of transparency in the safety evaluation process. Also, based on the Union studies database, it will be public what studies form the backbone of the safety evaluation for the Novel Food at stake.

The notion of transparency was not mentioned once during my interview with the SFA. Instead, it was said that all information submitted during the application process is confidential. This may be advantageous for companies who want to make it quickly to the market. In the long run, and especially if authorisation of Novel Foods by the SFA will operate as a steppingstone for access of other Asian markets, I expect the need for a similar system as in place in the EU will arise.

Can cultured meat actually be called meat in Singapore? This may seem to be a no-brainer, but this is a highly debated question in the EU, where also the use of typical dairy names for plant-based alternatives is prohibited. The designation “meat” for cultured meat products in the EU may be limited based on the Hygiene Regulation, that reserves the name of “meat” for “edible parts” of specific animals, such as beef and pork. Now that cultivated cells (or even stem-cells) may not necessarily qualify as such edible parts, this issue still needs to be resolved. When marketing cultured meat products, the SFA does not oppose the designation of “meat”, provided that it is accompanied by a qualifier, for example cultured meat. “Clean” meat will however be a no-go, as it might have negative connotations for traditional meat. The proposed solution here seems appropriate to me to adequately inform the consumer what type of product is offered for sale and sufficient to prevent any misleading. Since that is also the cornerstone of EU food information law, I would very much advocate a similar solution to apply in the EU.

Authorisation of a Novel Food such as cultured meat takes place in a relatively informal and accelerated, yet science-based way in Singapore. It is therefore not surprising that the world’s first cultured meat product obtained regulatory clearance there. For now, we have not seen any applications being submitted in any other territory, not in the US, not in the EU and not even in Israel, where an important population of cultured meat companies is present. In order to see which regulatory approval procedure is most robust and flexible, the proof of the pudding is in the eating. Sure thing however is that companies obtaining regulatory approval in Singapore will not want to limit their offerings to this small territory, but expand to others as well. In my view, mutual approval proceedings could beneficially influence each other, as data generated or approvals obtained in the one proceedings, could be used in the other. In terms of processing Novel Foods applications, I could only wish EFSA takes inspiration from the collaborative approach the SFA seems to take.