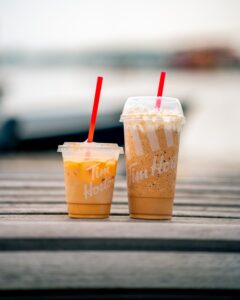 Last month, the European Single Use Plastics (SUP) Directive came into force. The purpose of this Directive is to reduce plastic litter, especially in the sea. Think for example of styrofoam hamburger trays or disposable plastic salad boxes for a meal on the go. The SUP Directive is part of the European action plan towards a circular economy (part of the Green Deal), to which re-use and recycling of products is central. The SUP Directive includes a phased introduction of various measures, with the goal of all plastic packaging being reusable or easily recyclable by 2030.

Scope SUP Directive
The SUP Directive primarily covers single-use plastic products. This includes packaging and other products that are partially made of plastic, such as cardboard boxes with a plastic coating. Plastics are materials consisting of a polymer, to which additives may have been added. Natural polymers that occur naturally in the environment are excluded from the definition of ‘plastic’. Bio-based and biodegradable plastics (based on natural polymers that have been chemically modified) are instead covered under the Directive. Single-use refers to the situation in which the product is not conceived, designed or placed on the market to accomplish, within its life span, multiple trips or rotations by being returned to a producer for refill or re-sued for the same purpose for which it was conceived. What exactly constitutes a single-use plastic product is further clarified in a guideline issued by the European Commission. Among other things, the composition and potential washability and repairability of the product play a role in this.

Restrictions on placing on the market
Since 3 July 2021, the date of application of the SUP Directive, it has been prohibited to market products made of oxo-degradable plastics and the plastic products listed in Part B of the Annex to the SUP Directive. This includes plates, beverage stirrers, certain food containers as well as cups and containers for beverages made of expanded polystyrene (a type of styrofoam), sticks to be attached to and to support balloons, including the mechanisms of such sticks (unless for professional applications) and cotton bud sticks and straws (unless they qualify as medical devices).

The trade ban applies to the above-mentioned packaging and other plastic products placed on the market from 3 July 2021. The term ‘placing on the market’ refers to a product being supplied for distribution, consumption or use on the market of a Member State in the course of a commercial activity, whether in return for payment or free of charge, for the first time. Plastic products that have already become part of the supply chain in a given Member State before the trade ban entered into force, for example because a food business operator purchased such from its supplier prior to the aforementioned date, may therefore continue to be used in that Member State even after the trade ban has become applicable. However, the foregoing does not apply to products that were placed on the market in a certain Member State before 3 July 2021, and that are further distributed in another Member State after that date (in the context of a commercial activity). Thus, if a Dutch food company has in stock food packaging covered by the trade ban that it purchased from its supplier prior to 3 July 2021, it can continue using this packaging for food products to be marketed in the Netherlands. However, the Dutch food company can no longer use this packaging for its food products destined for the Spanish market. Although this seems to go against the internal market principles of the EU, the SUP Directive explicitly refers to placing on the market of a Member State (and not on the EU market). 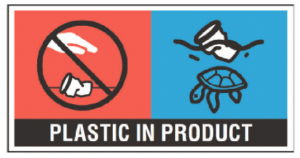 Disposal instructions for beverage cups
Conspicuous, clearly legible and indelible marking on plastic products should, since 3 July 2021, ensure that consumers are aware of how to dispose of these and are aware of the negative impact of littering or other improper means of waste disposal on the environment. The European Commission has established marking specifications for this purpose. These markings may be affixed by means of stickers in case of products placed on the market before 4 July 2022. Thereafter, the markings must be printed on the product itself, or on its packaging. The text of the marking must be in the official language(s) of the Member State(s) where the product is marketed. Where the product is marketed in several Member States, it will usually be necessary to include the text of the markings in several languages. Based on Part D of the Annex to the SUP Directive, the above marking requirements apply to beverage cups and several non-food related plastic products.

Other litter-reducing measures
The SUP Directive includes many other rules, such as that caps and lids must remain attached to plastic beverage containers during their entire intended use stage (as of 3 July 2024). In addition, beverage bottles must contain at least 25% recycled plastic from 2025, and at least 30% recycled plastic from 2030. However, the above measures only apply to beverage containers and bottles of up to 3 liters. Furthermore, glass and metal beverage bottles with caps and lids made from plastic are exempt from the above rules, as well as such beverage bottles for food for special medical purposes.

In addition, the SUP Directive calls on Member States to take awareness raising measures to prevent and reduce litter, to ensure the separate collection for recycling, to take the necessary measures to achieve consumption reduction, and to establish extended producer responsibility schemes. The latter means, in short, that ‘the polluter pays’ and that the producer or importer thus pays the cost of cleaning up litter. The Annex to the SUP Directive indicates the plastic products to which the above measures apply.

Measures differ between Member States
Although the SUP Directive was adopted at European level, this does not mean that measures to prevent litter and stimulate a circular economy will be the same in all Member States. To achieve reduction in the consumption of single-use plastics, a Member State may for instance set national targets, take measures to ensure that re-usable alternatives are made available at the point of sale to the final consumer, or ensure that single-use plastic food and beverage containers are no longer provided free of charge to the final consumer. Next to the above-mentioned examples, there are many other possibilities that Member States may exploit.

In the Netherlands, the SUP Directive is implemented in the Single-use Plastic Products Decree (in Dutch: Besluit kunststofproducten voor eenmalig gebruik) and in the Packaging Management Decree 2014 (in Dutch: Besluit beheer verpakkingen 2014). To achieve reduction in the consumption of single-use plastics, the Netherlands is keeping open the possibility of no longer providing food packaging and beverage cups (as defined in article 15d of the Packaging Management Decree 2014) free of charge to the final consumer, having available a re-usable alternative to the final consumer at the point of sale and/or prohibiting the provision of the above-mentioned products to the final consumer at certain locations or occasions. Such measures will apply as per 1 January 2023.

Companies operating in several Member States would do well to become familiar with the national measures relevant to them. For plastic products listed in Part E of the Annex to the SUP Directive (including certain single-use food and beverage containers), the Directive even explicitly requires producers that sell such products in a Member State other than where they are established to appoint an authorized representative in the Member State of sale. The authorized representative is responsible for ensuring that the producer’s obligations in the Member State of sale are met.

Alternatives
Although the SUP Directive appears to be a set of restrictions, it is also meant to encourage the production and use of sustainable alternatives to single-use plastic products. For example, food companies that depend on packaging for the shelf life and quality of their products, or to convey information to consumers, may want to explore their options to switch to reusable packaging, to set up collection and recycling systems, or to use other materials such as paper and cardboard (without plastic coating). Of course, such sustainable initiatives should not come at the expense of food hygiene and food safety.

Conclusion
Plastic products are increasingly being restricted to protect the environment and human health. Food companies using packaging consisting wholly or partly of plastic are advised to check whether the packaging they use is covered by the SUP Directive, what measures apply to it and whether alternatives are available. It should also be borne in mind here that measures under the SUP Directive are introduced gradually and may differ per EU Member State. For entrepreneurs who operate intra-Community, the correct implementation of the new rules will require the necessary efforts. But who does not want to move towards a more liveable world and a sustainable production chain? The reduction of plastic could make a valuable contribution to that purpose.