← Transparency vs. Confidentiality: EFSA’s new role as from March 2021
Trends at Vitafoods … and what you should know if you decide to be part of it →

Posted: May 27, 2019 | Author: Karin Verzijden | Filed under: Authors, Food |Comments Off on Vanilla custard or custard with vanilla taste? 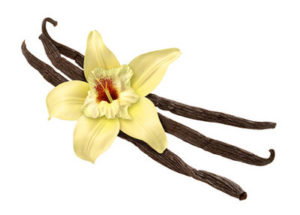 In a recent decision of the Board of Appeal of the Dutch Advertising Code Committee (ACC), it was made clear that providing food information to consumers is serious business. The ACC in the Netherlands is a self-regulatory body, comparable to the Advertising Standards Authority in the UK and the German Advertising Standards Council (“Deutscher Werberat”)  . This means that companies (including food business operators) voluntarily submit to the competence of such body and, as far as the Netherlands are concerned, usually comply with its recommendations. In the food space, decisions of these self-regulatory bodies grow in importance, as they quite often are precursors of similar decisions in civil proceedings.

The decision from the ACC discussed here relates to the FrieslandCampina product referred to in Dutch as Optimel vanille vla, which in English comes down to vanilla custard. In the Netherlands, it’s a product that has been around for years (one of my favourite deserts as a child, especially with a boost of read jam!) The product showed FOP a picture of yellow custard but not any vanilla pods, it contained the description “soft vanilla taste” and the label indicated it contained vanilla aroma, without specifying if the vanilla was from natural or chemical origin. In fact, the vanilla was from chemical origin (in legal terms a “flavouring substance”) and the Dutch food watchdog Foodwatch considered this to be misleading.

In first instance, the claim from Foodwatch was upheld. Now that the product stated both front and back of pack the word “vanilla” in quite a striking way, the average consumer would reasonably expect the product to contain (real) vanilla, and not just a chemical flavouring substance. Both parties had submitted market surveys with (not surprisingly) the contradictory result that the average consumer would expect (Foodwatch) and would not expect (FrieslandCampina) the product to contain “real” vanilla. Both surveys had been discarded and the practise was considered misleading based on article 7 of the FIC Regulation. Friesland Campina’s defense that in the Netherlands “vanille vla” was a customary name, in the sense of article 2 (c) of the FIC Regulation, for a product of which the average Dutch consumer would understand it does not contain any “real” vanilla was not considered convincing.

On appeal, FrieslandCampina had developed three arguments. Firstly, it had argued the description of “soft vanilla taste” in fact functioned as a so-called taste disclaimer, adequately informing the consumer that product tasted like vanilla, which does not necessarily mean it contains vanilla. Secondly, FrieslandCampina opposed the way in which its market survey had been discarded. Whereas this survey demonstrated 76% of the consumers did not expect the vanilla to originate from fruits from the vanilla plant, the ACC had focused on the remaining part, stating that 26% did have opposite expectations. Thirdly, Friesland Campina had argued that the average consumer knows that the term “flavouring” does not necessarily refer to a particular source, otherwise the term “natural flavouring” would be used.

This line of defence did not produce the desired result. Overall, the ACC considered FrieslandCampina had overestimated the knowledge of the average food consumer. The name of the product specifically referring to a particular ingredient, the average consumer could undeniably expect the product to contain vanilla. This expectation had been insufficiently “neutralized” by the additional information on the product, like the description “soft vanilla taste” and the aroma in the list of ingredients. FrieslandCampina itself seemed to have understood this as well. During the oral hearing, it had announced it planned to adjust the packaging of the product at stake.

I do not consider the practice to Friesland Campina to be deliberately misleading. As mentioned above, this type of product had been around for decades and personally, I cannot recall the issue at stake to have been an issue at all. In addition, one could say that an average and reasonably well-informed consumer should reasonably understand that if the product contained “real” vanilla, it would be much more expensive. However, times have changed. Enforcement of the FIC regulation is for real and so is the position taken by consumer organisations. More and more consumers do want to know what’s in their food and what not, so FBO’s will need to be more accurate than in the old days in their product labelling and presentation. This implies, amongst other things, that a careful distinction will have to be made between food ingredients on the one hand, and flavourings on the other hand. Furthermore, when using the term “natural” in combination with “flavouring”, at least 95 % of the flavouring component should be obtained from the material referred to. In sum, I expect to see similar decisions in future, not only from self-regulatory bodies like the ACC, but also from civil courts from other EU Member States.