CBD as a food product: no drug, isn’t it? The interaction between food and opium legislation.

Posted: March 5, 2021 | Author: Jasmin Buijs | Filed under: Authors, cannabidiol, cannabis, Food |Comments Off on CBD as a food product: no drug, isn’t it? The interaction between food and opium legislation. 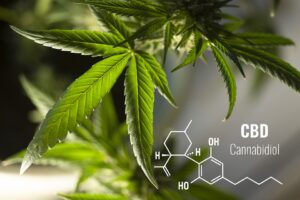 A number of legal developments in the field of cannabidiol (CBD) took place in the last few months of the previous year. For example, the European Court of Justice (ECJ) ruled in November that a member state cannot prohibit the marketing of CBD that was lawfully manufactured and marketed in another member state. Less than a month later, the United Nations Commission on Narcotic Drugs (CND) voted on six recommendations of the World Health Organization (WHO) regarding the reclassification of cannabis in the Single Convention on Narcotic Drugs (Single Convention). In practice, there appears to be confusion about the meaning of these developments for CBD as a food product. This confusion seems to arise from the interaction between food and opium legislation, both of which are applicable to this product. This article aims to provide clarity on these latest developments.

CBD is not a narcotic according to the ECJ
On 19 November 2020, the ECJ ruled, in summary, that the free movement of goods entails that when CBD is lawfully manufactured and marketed in one member state, it may, in principle, also be marketed in another member state. This is, however, different when Article 36 of the Treaty on the Functioning of the European Union (TFEU) justifies an exception to the free movement of goods, such as for the protection of health and life of humans. Yet, the trade restricting or prohibiting measure must in such a case be appropriate for securing the attainment of the objective pursued (the protection of health and life of humans) and must not go beyond what is necessary in order to attain it. To reach the aforementioned conclusion, the preliminary question had to be answered whether CBD falls within the scope of the free movement of goods. This principle does namely not apply to narcotics, which are prohibited throughout the Union (with the exception of strictly controlled trade for use for medical and scientific purposes). Based on the Single Convention and the Convention on Psychotropic Substances, the ECJ reasoned that CBD is subject the free movement of goods. Both conventions codify internationally applicable control measures to ensure the availability of narcotic drugs and psychotropic substances for medical and scientific purposes and to prevent them from entering illicit channels. The Convention on Psychotropic Substances regulates psychoactive substances, whether natural or synthetic, and natural products listed in the schedules to the Convention, including tetrahydrocannabinol (THC). CBD is not included. The Single Convention applies, inter alia, to cannabis (defined as “the flowering or fruiting tops of the cannabis plant (excluding the seeds and leaves when not accompanied by the tops) from which the resin has not been extracted, by whatever name they may be designated”). Although a literal interpretation of the above provision would lead to the conclusion that CBD (not obtained from the seeds and leaves of the cannabis plant) falls within the definition of cannabis, such an interpretation is not consistent with the purpose of the Single Convention, namely protecting the health and welfare of mankind. Indeed, according to the current state of scientific knowledge, CBD is not a psychoactive substance.

UN Commission on Narcotic Drugs reclassifies cannabis
Shortly after the ECJ ruling regarding, among others, the Single Convention, the CND put six WHO recommendations to vote on 2 December 2020. This voting session would have taken place earlier, though had been postponed so that the voting countries had more time to study the matter and to determine their position. The WHO recommendations dealt with the reclassification, removal and addition of cannabis (substances) in the various schedules (Schedule I, II, III and IV) to the Single Convention. These four schedules represent four categories of narcotics and each category has its own rules. The substances in Schedule VI are 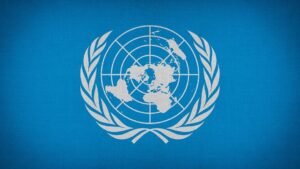 controlled most strictly; they are considered dangerous without relevant medicinal applications. Schedule I concerns the second most strictly controlled category. The substances in this Schedule are subject to a level of control that prevents harm caused by their use while not hindering access and research and development for medical use. The lightest criteria apply to Schedule II and III. For example, Schedule II lists substances normally used for medicinal purposes and with a low risk of abuse.

Bedrocan (currently the sole supplier of medicinal cannabis to the Dutch government) has summarized these six WHO recommendations as follows:

In the end, only the recommendation to remove cannabis from Schedule IV (i.e., recommendation 6) was approved, on the grounds that there are also positive aspects to cannabis. However, this does not mean that cannabis can now be freely traded. Cannabis is still included in Schedule I and is therefore in principle a prohibited substance. Having said that, research and product development for medical purposes is permitted if a country so desires. In the Netherlands, the Dutch Opium Act already allowed for this under certain conditions. The reclassification of cannabis is therefore more symbolic in nature than that it brings about practical changes.

The recommendation to explicitly exclude CBD from the scope of the Single Convention has thus been rejected. The industry considers this a missed opportunity to clarify the (legal) status of CBD with traces of THC. This rejection was on the other hand in line with the viewpoint of the European Commission, which advised its member states that sit on the CND (i.e. Belgium, Germany, France, Hungary, Italy, Croatia, the Netherlands, Austria, Poland, Spain, Czech Republic and Sweden) to vote against this recommendation since more research would be needed. For example, the European Commission takes the position that the proposed THC limit of 0.2 % is not sufficiently supported by scientific evidence. The WHO Expert Committee on Drug Dependence (ECDD) notes in this regard that medicines without psychoactive effects that are produced as preparations from the cannabis plant will contain traces of THC and provides the example of the CBD preparation Epidiolex as approved for the treatment of childhood-onset epilepsy, which contains no more than 0.15 % THC by weight. At the same time, WHO ECDD recognizes that it may be difficult for some countries to conduct chemical analyses of THC with an accuracy of 0.15%. Hence, it recommends the limit of 0.2 % THC. This limit is already known to food companies from the so-called Novel Food Catalogue of the European Commission, which recalls that in the EU, the cultivation of Cannabis sativa L. varieties is permitted provided they are registered in the EU’s ‘Common Catalogue of Varieties of Agricultural Plant Species’ and the THC content does not exceed 0.2 % (w/w). This does, however, not necessarily mean that products derived from such cannabis varieties can be freely marketed as food.

CBD as food product
With respect to cannabis extracts such as CBD, as well as its synthetic equivalent, no history of safe use has been demonstrated. As a result, these products qualify as novel foods and can only be placed on the EU market after approval by the European Commission. Several food companies such as the Swiss company Cibdol AG, Chanelle McCoy CBD LTD from Ireland and the Czech CBDepot, have already applied for the required novel food authorization. However, the assessment of the relevant dossiers has been paused, presumably because it was still unclear whether CBD qualified as a psychotropic substance and narcotic. Such a qualification would exclude use as a foodstuff. Thanks to the ECJ ruling, this has now been clarified, on the basis of which the European Commission will likely resume the evaluation of the various applications for CBD as a novel food.

CBD under the Dutch Opium Act
A potential approval of CBD as a novel food does, however, not automatically mean that CBD can be sold in the EU without any (legal) obstacles. The Novel Food Catalogue makes this reservation explicit by indicating that specific national legislation, other than food legislation, may restrict the placing on the market of a cannabis product as a food. In practice, it will in particular come down to opium legislation.

Although the ECJ clarified that CBD is not a narcotic, it did not specify how pure CBD must be to fall outside the scope of the Single Convention and to be freely traded. The respective rejected WHO recommendation referred to a THC content of up to 0.2 %. In the Netherlands is, however, only a contamination level of < 0.05 % allowed. This impurity can be caused by traces of THC, but also by the presence of other cannabinoids. Only pure CBD, i.e. with a purity level of > 99.95 %, falls outside the scope of the Dutch Opium Act. Having said that, there is another catch: although the Dutch Opium Act does not cover CBD, this Act is applicable to the cannabis plant (or its parts) from which the CBD is extracted. The production of (natural) CBD can therefore not take place in the Netherlands.

Conclusion
Recent developments in the field of CBD have clarified that CBD is not a narcotic and therefore does not fall under the Single Convention. Food businesses are nevertheless warned to not yet start celebrating. If they want to market CBD as a food, they will still have to go through the novel food procedure, or market a product in accordance with the terms of an already approved CBD product. The latter is possible insofar data protection does not prevent this. Besides this, the purity level of CBD is decisive to stay away from opium legislation. There is still no international agreement on what this level should be. Food businesses operating in different member states are therefore advised to seek local advice when marketing CBD in the EU.