Active disclosure of inspection results: how to prevent naming & shaming?

Since 1 September 2020, the Dutch Food Safety Authority (NVWA) has been given the power to publish  certain inspection results (including identification details of the inspected FBO) faster than before. Prior to that date, the legal basis for disclosure could primarily be found in article 8 of the Dutch Freedom of Information Act (in Dutch: Wet openbaarheid van bestuur). This act creates a duty for the administrative body concerned, for example the NVWA, to publicly provide information when this is in the interest of good and democratic governance. However, article 10 of the Freedom of Information Act requires an individual balancing of interests in order to avoid disproportionate disadvantage for the parties involved as a result of the publication. It also prohibits disclosure of certain sensitive information, such as company and manufacturing data that has been confidentially communicated to the government. This blog post explains what has changed since 1 September 2020, which FBOs are affected and what arguments they can use to prevent disclosure.

Relevant for all FBOs?
The aforementioned additional legal basis for disclosure by the NVWA applies for the time being to a limited number of supervisory areas only, namely the inspection results of the NVWA with regard to (i) fish auctions, (ii) the catering industry, and (iii) project-based studies into the safety of goods other than food and beverages. These areas may be expanded in the future, according to the explanatory notes to the Decree on Disclosure.

However, for companies with so-called borderline products that navigate between different regulatory regimes, it is relevant to know that Dutch Health and Youth Care Inspectorate (IGJ) has broader powers to actively disclose inspection results under the Decree on Disclosure. Since 1 February 2019, the IGJ has already been publishing information on the basis of this decree regarding, amongst other, compliance with the Dutch Medicines Act (in Dutch: Geneesmiddelenwet). This means that when the IGJ takes enforcement measures against a FBO handling food supplements or other foodstuffs that qualify as (unregistered) medicines, it may be obliged to make public the respective supervisory information. The same applies to enforcement under the Dutch Medical Devices Act (in Dutch: Wet op de medische hulpmiddelen) – think diet preparations – and the Opium Act (in Dutch: Opiumwet) – think CBD and other cannabis products. 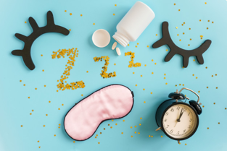 An example: melatonin-containing foodstuff labeled as a medicine
An example of a FBO that was faced with disclosure in accordance with the Decree on Disclosure by the IGJ concerns a company involved in melatonin-containing products. The IGJ intended to publish an inspection report on these products, from which it would follow that the products in question qualify as medicines and that the FBO concerned would therefore illegally place them on the market (namely without the required licenses under the Medicines Act). The FBO at stake applied for a preliminary injunction suspending the publication decree. On 8 July 2020, the preliminary relief judge rendered a judgment in this case.

Possible factual criteria to prevent naming & shaming
Although disclosure under the Decree on Disclosure is obligatory and disclosure decisions thus do not require the balancing of interests, the above-mentioned melatonin case gives good insights into the factual criteria that can nevertheless be invoked to prevent disclosure. In this case, the respective FBO brought forward the following arguments.

Article 3.1(a) of Part II of the Annex to the Decree on Disclosure excludes certain supervisory information from disclosure, including the results of inspections and investigations established as a result of a notification by a third party. The FBO at stake (hereinafter: “Applicant’) takes the position that the present inspection report was initiated as a result of a notification or enforcement request by a competitor. This would mean that the respective inspection report must not be made public.

The preliminary relief judge cannot agree with this position in the present case and rules that the inspection report is clearly related to an earlier letter from the IGJ to the applicant in which it announced the intensification of supervision of melatonin-containing products. Moreover, the case file was silent on a notification or enforcement request by a competitor.

The preliminary relief judge additionally states that it agrees with the IGJ’s viewpoint that the inspection report does not concern a penalty report (the report was drafted within the context of supervision and only indicates that Applicant will be informed about the to be imposed enforcement measure by separate notice). The fact that Applicant had earlier received a written warning for violation of the Medicines Act has no influence on this. The inspection report is therefore neither excluded from publication pursuant to article 3.1(a)(ii) of Part II of the Annex to the Decree on Disclosure, which makes an exception for “results of inspections and investigations that form the basis of decisions to impose an administrative fine”.

Disclosure in violation of the goal of the Health Law: outdated scientific foundation conclusions IGJ

The purpose of disclosure under the Health Act, in the wording of article 44(1) of that act, is to promote compliance with the regulations, to provide the public with insight into the way in which supervision and implementation of the Decree on Disclosure is carried out and into the results of those operations. Pursuant to Article 44a(9) of the Health Act, information should not be made public where this is or may violate aforementioned purpose of disclosure. Applicant takes the position that publication of the present inspection report does not contribute to improved protection of the public or to better information about the effects of melatonin, as a result of which the report should not be disclosed. More specifically, the applicant complains that the report (i) contains obvious errors and inaccuracies, (ii) gives the impression that it concerns a penalty decision, and (iii) is based on an incorrectly used framework to determine whether the qualification of a medicine is met.

The preliminary relief judge first of all notes that the fact that Applicant does not agree with the conclusions of the inspection report does not mean that the report therefore contains obvious inaccuracies. The preliminary relief judge further summarizes Applicant’s position as follows: (i) the IGJ wrongly took a daily dosage of 0.3 mg melatonin to determine the borderline between foodstuff and medicines; (ii) in doing so, the IGJ did not demonstrate that products with a daily dose of 0.3 mg melatonin actually acts as a medicine; (iii) moreover, the product reviews refer to outdated scientific publications (a more recent study by one of the authors thereof as well as more recent EFSA reports have not been included in the inspection report), whereas the current state of scientific knowledge must be taken into account according to established case-law. For these reasons, the preliminary relief judge agreed with Applicant that the IGJ has not made it sufficiently clear that from a daily dose of melatonin of 0.3 mg or more a ‘significant and beneficial effect on various physiological functions of the body’ occurs scientifically – according to the current state of scientific knowledge – and that products with a daily dose of melatonin of 0.3 mg or more act as a medicine”. Having said that, the preliminary relief judge did not accept Applicant’s statement that disclosure is contrary to the purpose of disclosure under the Health Act. Instead, the preliminary relief judge sought to comply with the so-called principles of sounds administration (in Dutch: algemene beginselen van behoorlijk bestuur) and ruled that the disclosure decision was not diligently prepared and insufficiently substantiated.

Violation of article 8 ECHR: disclosure has a major impact on Applicant’s image

Applicant claims that the planned disclosure will have a major impact on Applicant’s image and that of the natural person involved in the company. This is in violation of article 8 of the European Convention on Human Rights (ECHR) concerning the right to respect for private and family life. The Explanatory Memorandum to the Amendment to the Health and the Youth Care Act (in Dutch: Memorie van Toelichting op de Wijziging van de Gezondheidswet en de Wet op de Jeugdzorg) deals with this in detail. It emphasizes that the disclosure of inspection data does normally not constitute an interference with private life, because the data normally relates to legal persons and not to natural persons. The aforementioned Explanatory Memorandum therefore concludes that article 8 ECHR does not preclude disclosure on the grounds of the Health Act. Nevertheless, the court has at all times the competence to review a disclosure decision in the light of that article, in which case it will in fact have to balance the interests involved. In the present case, preliminary relief judge sees however no reason to assume a violation of article 8 ECHR.

Although the above shows that the preliminary relief judge in the respective melatonin case does not agree with all arguments put forward by Applicant, the request for suspension of publication of the contested inspection report was nevertheless granted thanks to factual criteria that were sufficiently substantiated. In particular the (implicit) argument that the conclusions in the inspection report lack a sufficient factual basis affects the essence of the information to be disclosed.

Conclusion
Rapid action is required to prevent active disclosure of inspection results under the Decree on Disclosure as these will usually be published after two weeks. This is not only relevant for FBOs active in the supervisory areas of the NVWA as designated in the Decree on Disclosure, but also for FBOs that operate at the interface of legal regimes under the supervision of the IGJ. To suspend disclosure, interim relief proceedings will have to be instituted as the Decree on Disclosure no longer provides for the possibility of submitting an opinion prior to publication. Moreover, affected companies cannot invoke the argument of suffering a disproportionate disadvantage as a result of the publication. Publication on the basis of the Decree on Disclosure is namely not subject to an individual balancing of interests (apart from an assessment on the basis of article 8 ECHR, insofar relevant). Although the arguments that companies can bring forward to prevent publication are therefore more limited than in the case of disclosure under the Freedom of Information Act, this does not mean that companies cannot successfully object an intention of disclosure. The melatonin case mentioned above is an example of this: conclusions that are not based on most recent science may not be published without adequate justification. Also, facts that are alleged to be incorrect should be further investigated before disclosure.