The US milk debate –what’s in a name? 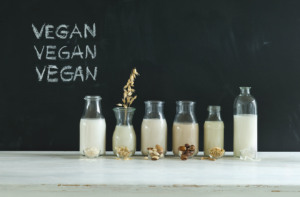 Traditionally milk comes from cows or other animals such as goats. However, in recent decades, a large number of alternatives to traditional milk were introduced to the market. From a consumer perspective, these alternatives are similar to “traditional milk” in terms of purpose of use. These alternative food products are produced using plant-based protein derived from soy, coconut or other sources. There is an ongoing debate in the US regarding whether or not these ‘alternative milks’ are to be considered ‘milk’ and can be sold as such. This debate could be the precursor to a much more encompassing debate on whether alternative sources for traditionally produced foods from animal origin can be named after the product they are meant to replace, or rather marketed to be the plant based alternative for. This post will elaborate on this discussion, and will discuss the relevant EU framework and prejudicial questions in the Tofutown case pending at the Court of Justice of the European Union (“ECJ”)

The dairy controversy has arisen as more and more plant-based food companies are marketing their products as ‘milk’ (“Alternatives”), be it as almond milk or soymilk, but nonetheless as ‘milk’. In the US, the traditional dairy industry (mostly cow milk) has tried to stop the use of the word ‘milk’ for Alternatives, because, its representatives are of the opinion that the term is misleading when used to describe what are in fact Alternatives. This plea did not go unheard and the milk lobby, in combination with a number of lawmakers in the American congress, presented the draft Dairy pride act. The Dairy pride act limits the use of the term ‘milk’, to milk produced from animals (including products such as ‘traditional’ butter). In reaction, the NGO Good Food Institute filed a report claiming that the arguments presented by the traditional dairy industry are invalid. This NGO is of the opinion that no consumer is misled as long as the name of the product ‘milk’ is combined with the alternative source for the milk production. If, and when, the Dairy pride act will enter into force is still unclear.

If you think a similar regulation would be inconceivable in the EU, think again. In fact,  in the EU a number of products have a legal definition included in marketing standards. The purpose of these legal definitions is to protect consumers against misleading and to create a level playing field for food business operators (“FBO’s”). For products such as honey, chocolate, and olive oil such legislation exists, which regulates the production process and name under which the product can be sold. In addition to such marketing standards mostly laid down in EU Directives, regulating single products or production chains, there is a general Regulation on agricultural production. This Regulation includes marketing standards for certain agricultural products.

‘”Milk” means exclusively the normal mammary secretion obtained from one or more milkings without either addition thereto or extraction therefrom.’

A strict interpretation of article 78.1 in combination with article 78.2 and Annex VII part III of the CAP Regulation would mean that the term ‘milk’ should only be used for milk products from animal origin. The norm does not contain an exception for plant-based alternatives. However, it is unclear whether milk can be used if it is combined with an explicit mention of the plant-based origin of the product such as soy. It can be argued that the Alternatives do not qualify as ‘milk’, and that, therefore, the Regulation does not apply to Alternatives. This precise issue is currently the subject of a the Tofutown case pending at the ECJ (C-442/16).

Tofu is made from soya beans. The German company TofuTown.com sells alternatives to butter and cheese from mammalian origin. The company markets their Tofucheese and Tofubutter as plant-based alternative to the traditional cheese and butter. Neither products contain any ‘milk’, and are marketed towards vegetarians and/or vegans who prefer plant-based alternatives for cheese and butter. The Verband Sozialer Wettbewerb (German Competition Authority) objected to the use of the words ‘butter’ and ‘cheese’ in the tofu products because, in their view, tofutown.com did not comply with the CAP Regulation as the products were not milk-based. The German court requested the answering of preliminary questions by the Court of Justice of the European Union on the interpretation of the above-mentioned rules regarding the product names. The following prejudicial questions were put forward:

One of the core principles of food law, besides safety, is the principle that foodstuffs shall not mislead consumers. This ‘misleading argument’ is the main argument used by the dairy lobby in the US to justify the restriction of the use of the term ‘milk’ solely for milk from cows or other animals. We share the view of the Good food institute that the names would be misleading is not acceptable. No consumer is misled when buying an alternative plant based product such as ‘soy milk’, because the products are clearly marketed as alternative and the origin is mentioned in the product name and on the front of the pack, as well as in the legal name. However, we are of the opinion that labeling of these Alternatives should never be similar to traditional milk products, or carry pictures of cows or other animals that provide milk.

Milk is not the only product definition under scrutiny; the discussion is already spreading to meat products. Traditional food producers feel the heat from competitors producing Alternatives for their products. These Alternatives are not only suitable for vegetarians and vegans, but also for the mainstream consumer who could be concerned with the environmental impact of meat or perhaps is lactose intolerant. The Alternatives are plenty and range from the use of soy to algae or even insects to replace the traditional product. Many Alternatives have not only animal welfare in mind, but also sustainability.

In the Netherlands the Vegetarian Butcher made headlines, because he used terms reserved for meat products for his vegetarian alternatives. Instead of waiting for a court to rule on the matter, the vegetarian butcher chose to change his terms slightly to avoid being penalized for using the wrong terms. To give an example, “gehakt” (mincemeat) became “gehacked”, which, in Dutch sounds the same, but formally has a different definition. The Vegetarian Butcher also published a statement on YouTube to clarify why he changed the product names. Perhaps this could be the solution for producers of alternatives for traditional animal derived products, in case the ruling of the CJEU is in favor of the traditional producers. Another idea would be to introduce the term ‘malk’ (‘a’ is derived from plant); ‘milk’ or milk products produced using plant-based sources.

A debate is ongoing in the US regarding the definition of milk and whether plant-based alternatives can use the term ‘milk’ to describe their products. In the EU, the definition is already part of a Regulation, which forbids the use of the term ‘milk’ in other products than milk of animal origin. The Tofutown case will hopefully clarify if producers of Alternatives will be able to use terms such as milk, which are traditionally linked to products from animal origin, if the producer mentions the source of the milk together with the term ‘milk’. We have seen this debate is not limited to ‘milk’, but also includes other products for which non-animal alternatives are available and marketing standards such as the CAP Regulation apply to. We will keep you posted on developments in the debate on definitions of Alternatives. Please do not hesitate to share your view on this topic with us!